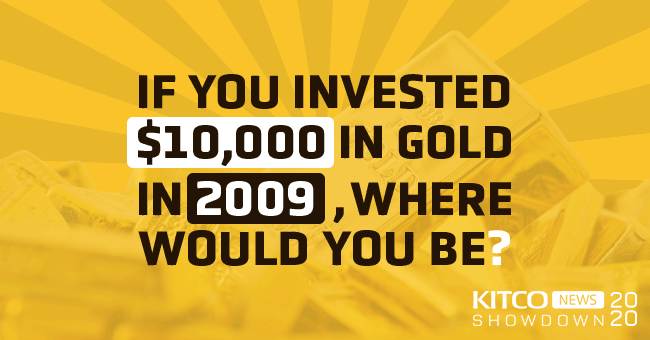 (Kitco News) Gold is wrapping up the year on a very strong footing, but how has the metal performed during this last decade and how much profit would you have made if you invested $10,000 in gold back in 2009?

“We can say quite safely that gold has been fairly volatile here. We went through a whole gamut of experiences. We went up in 2010 from a low of $1,044. And then we almost doubled within just slightly over a year as we peaked at $1,921 in 2011. Then we plunged again towards $1,066 and now we are at $1,480,” TD Securities head of global strategy Bart Melek told Kitco News.

Perception of risk and global monetary policies have been the primary drivers of gold during the past decade, Melek added.

“There has been a lot of movement over the last decade in this asset class and very much driven by our perception of risk and very much monetary policy, which has been the main factor driving gold here,” he said.

The last decade saw the markets coming out of the economic crisis and the global monetary policy response to that crisis, said Mitsubishi analyst Jonathan Butler.

“We’ve come out of a period of economic crises — 2009-2010 period. The monetary policy followed that. On the one hand, that would be expected to support gold in terms of keeping interest rates low, what actually happened was that it filled a flight into risk assets. So, equities did pretty well while gold remained fairly subdued for some of that time,” Butler said.

“We saw a big spike up in 2011, which was related to the eurozone concerns. Since then, in the last four or five years up to this year, gold was on a downward trend. At the end of quantitative easing in 2013, gold went from $1,800 to about $1,100 over a three- or four-year period,” he pointed out.

The last three years saw a nice recovery in gold, with 2016 and 2019 standing out as the two most bullish years since the 2011 peak, Butler added.

“The last three or four years, we’ve definitely seen some upside. Started in 2016 and once again came back very strongly in 2019 as rates started to be cut again in the U.S. Generally speaking, the performance of gold is still positive if you look at the ten-year period as a whole. But, realistically we’ve only come from maybe $1,150 to $1,480 right now. So, not a huge degree of appreciation over that time,” he said. 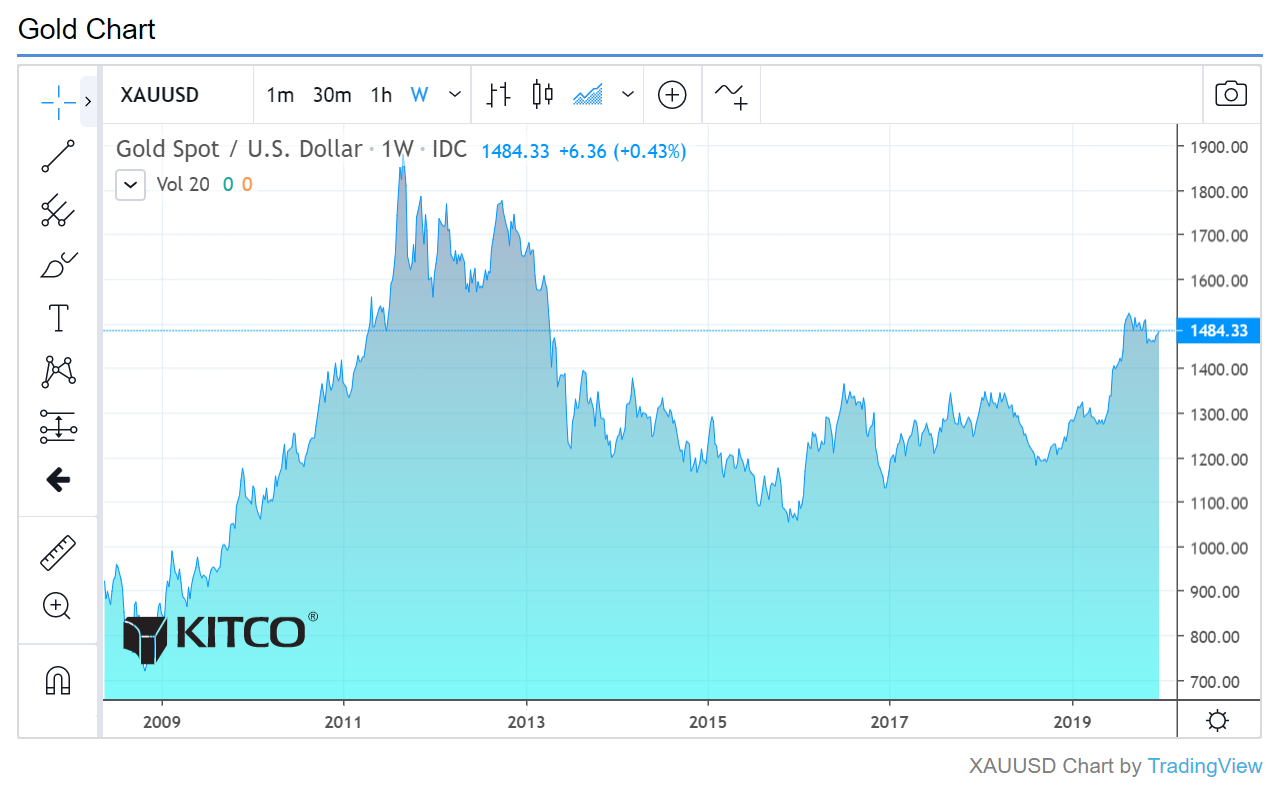 Below is the chart that compares gold’s performance during the last decade with other precious metals.