(Kitco News) - The closing of the Argyle Mine in Australia should jump-start the suffering diamond market, said Paul Zimnisky, independent diamond analyst and consultant, who talked to Kitco earlier this month.

Last month, Rio Tinto announced November’s tender from its exhausted Argyle Mine, which produces around 90% of the world’s pink diamonds, which are the most expensive gems on the market. Argyle mine is also the world’s biggest diamond producer by volume, largely accounting for low-value diamonds.

"I think that's probably by far the most anticipated supply catalyst for the industry," said Zimnisky.

Oversupply hit the diamond market hard in 2019. De Beers reported a 26% revenue drop, and Quebec diamond-producer Stornoway was forced to file for creditor protection due to weak revenues.

With Argyle gone and other smaller mines closing, Zimnisky forecasts that fewer diamonds should lead to higher prices. 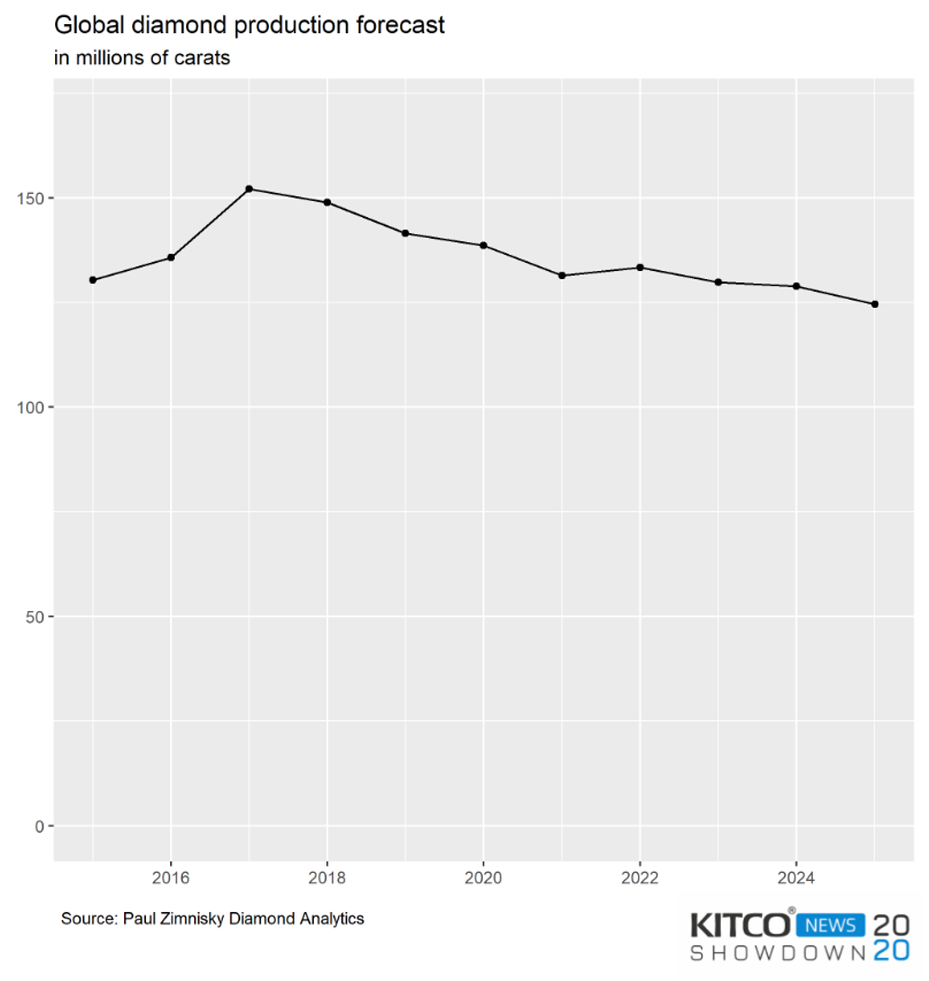 "I think diamond prices in general have been relatively disappointing over the last decade mostly due to an oversupplied market, and now I think we're starting to see the opposite happen," said Zimnisky. "Just as a result of natural depletion, I think the supply picture looks pretty good."

Zimnisky said forecasting demand is tricky. Marriage rates are no longer a driver of diamond demand due to changing social norms. In research published earlier this year, De Beers noted that while marriage rates are declining, co-habiting couples are still buying diamonds.

Zimnisky said population growth is a better measure to forecast diamond demand, and with the middle class continuing to grow in Asia, Zimnisky sees slow but steady demand for diamonds.

GETTING ON THE BLOCKCHAIN

"There's definitely a push toward supply chain transparency using new technologies, whether it's blockchain or the cloud," said Zimnisky.

Despite an improved supply and demand balance, diamond miners still need to worry, and a blockchain type system may be key.

"I think that the biggest threat is lab diamonds that are marketed as an alternative to natural diamonds," said Zimnisky. "If [synthetic diamonds] are priced close to a natural diamond, then I think it's more threatening to the natural diamond industry."

In his research, Zimnisky notes that the discount between the two has been widening.

Zimnisky said the technology and yields are improving quickly, which could lead theoretically to unlimited supply, whereas natural diamond supply is limited by geology. But it is that natural constraint and a human quirk, which could keep diamond mining afloat. 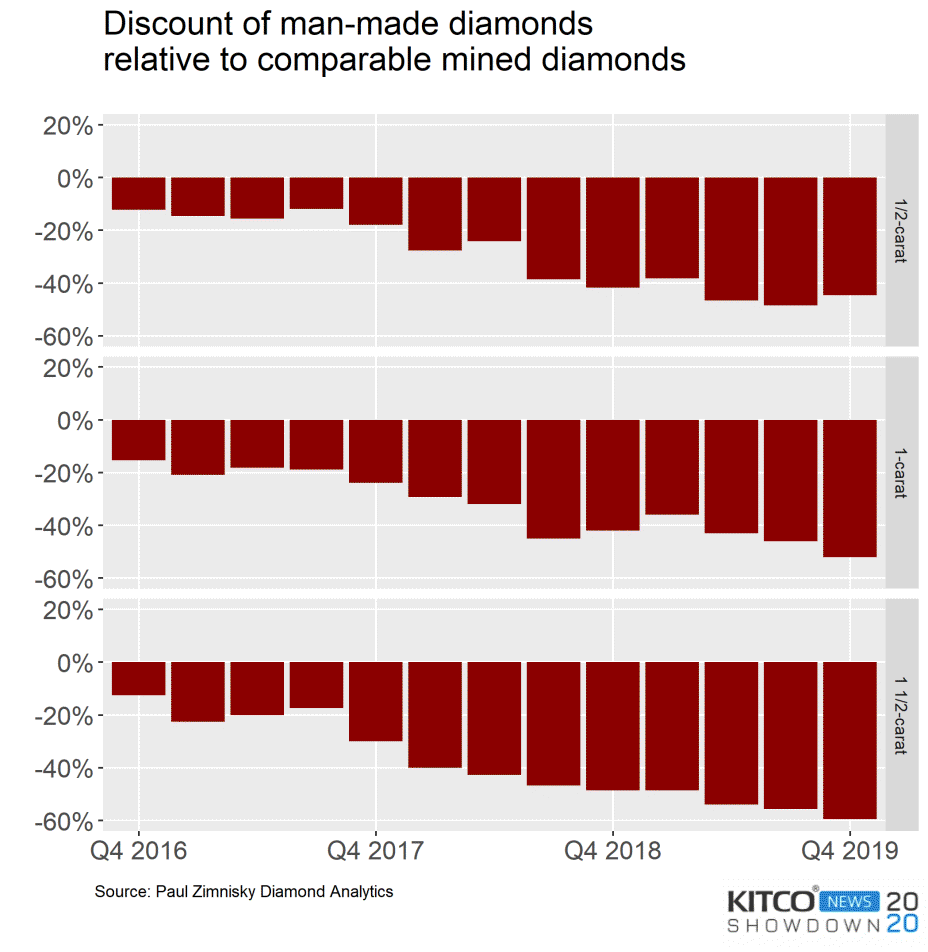 Zimnisky said natural diamonds can show one human's commitment to another. Signalling theory is a documented evolutionary trait common across many animals.

"Financial sacrifice is one of the ways we can show commitment," said Zimnisky. "When you spend thousands of dollars on this rock because I'm going to show you how serious I am."

"And traditionally that concept has resonated."

CORRECTION: Paul Zimnisky name was misspelled. It is now fixed.
By Michael McCrae