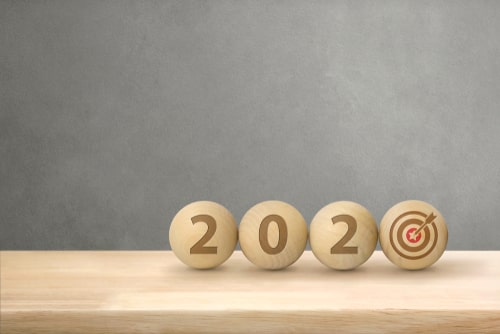 (Kitco News) Gold managed to surprise traders once more this year with prices rallying alongside record-high equity markets this week. Analysts see the rally continuing with more gains during the first week of the New Year.

This week’s performance has been the best since August. Overall, gold is up around 18% year-to-date.

Late December is historically a favorable time for gold, with prices usually rallying into year-end and the beginning of January, said RJO Futures senior market strategist Phillip Streible. He added that the precious metal has the potential to rise further next week.

“We finally broke out to the upside. Seasonally, gold starts to rally from about Christmas to the first couple of weeks in January. Gold can go higher next week … looks like it is going to make another legitimate shot towards the resistance at $1,525-50,” Streible told Kitco News on Friday.

Traders are carefully eyeing the political and trade headlines as markets kickoff 2020 next week, hoping the new year will provide answers to some major global uncertainties, including trade tariffs, U.S. presidential election, Brexit and global growth.

In the short term, investors are more optimistic about the U.S.-China trade talks, shifting attention to improved consumer sentiment when it comes to gold in 2020, said Kitco’s senior technical analyst Jim Wyckoff.

“It appears metals traders are focusing more on the upbeat consumer demand prospects for gold in the new year, as the U.S. and China have virtually reached a partial trade agreement,” Wyckoff said. “That expected better consumer demand is trumping the negative aspects of a bull run in equities, pulling funds away from the safe-haven metals.”

Looking ahead, gold could be in store for some more gains based on the technical positioning, added Wyckoff.

“Gold has taken on a more bullish near-term technical posture the past two weeks. The near-term trend has turned up, suggesting more sideways-to-higher price action in early January,” he said.

Why is gold going up along with equities

“You had creeping up interest rates, record stock markets and the dollar index trading close to 97. When gold is not responding to the usual headwinds, it is a positive sign for the price,” Gero said. “It’s a hedge against a possibility of surprising negative news. By ignoring negativity in technicals, gold has turned somewhat positive.”

There are many reasons for investors to own gold in their portfolio at the moment, which is boosting demand, Gero noted.

“Gold continues in its new trading range of $1,480-$1,530, supported by investors looking into next year’s upcoming political, economic and trade and tariff headlines. Many reasons for investors in South America, Middle East and the euro zone to own gold as well besides U.S. investors, who are looking for hedges for record stock prices, impeachment and worrisome election politics upcoming,” he explained.

With so much profit from rallying equities, it is natural that investors will want to diversify some of that away from risk assets and into gold, added Streible.

“Coming into the end of the year, a lot of people are looking at their equity portfolios and equities are at all-time highs. It makes perfect logical sense to take some of the money out of equities and diversify into other asset classes, and I think that is where the precious metals are getting some of their money,” he said.

Watch out for profit-taking

Despite the momentum-based buying in gold, the precious metal’s market could run into some profit-taking, particularly if the metal gets to chart resistance, CPM Group director of research Rohit Savant told Kitco News.

“Pretty much all assets are going up. Maybe there will be a momentum-related move higher in prices. I do see a fair amount of resistance at the $1,520 to $1,525 level,” he said, referring to the February futures. “So you might see some profit-taking, but whether that will happen next week is tricky to say.”

Gero also pointed out that the metals saw options expiration last night, which might encourage some selling next week. “You may see some selling from options that became futures contracts this morning,” he said.

Data will be limited next week due to the New Year’s celebrations. The biggest news of the week will be the FOMC minutes from the December meeting, which are due out on Thursday.

Investors will also have the U.S. pending homes sales to analyze on Monday, followed by the house price index and CB consumer confidence on Tuesday, and jobless claims along with manufacturing PMI on Thursday. The week will wrap up with the ISM manufacturing PMI numbers on Friday.