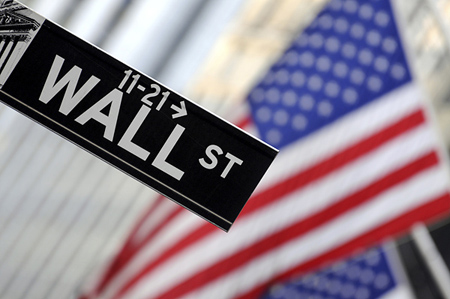 (Kitco News) - Gold rose sharply Monday as Middle East tensions persisted in the aftermath of a U.S. drone airstrike last week that killed an Iranian general, and analysts say the metal probably has further room to run. However, they also caution about the potential for a profit-taking pullback in the near term.

Comex February gold traded as high as $1,590.90 an ounce early Monday, building on Friday’s gains that came after an airstrike in Baghdad that killed Qassem Soleimani, commander of Iran’s elite Quds Force. Iran has, in turn, threatened revenge. Gold has pared its gains, but as of 10:35 a.m. EST, the February futures were still $15.40 higher at $1,567.80 an ounce.

“The escalation of the situation in the Middle East has caused investors to seek refuge in gold, a traditional safe haven in times of crisis,” said Daniel Briesemann, analyst with Commerzbank.

Phillip Streible, chief market strategist with Blue Line Futures, told Kitco News that the current geopolitical crisis is more serious than others in the past, such as U.S. tensions with North Korea or China. In those, “it always seemed like there was a light at the end of the tunnel,” meaning a limited rally in metals, Streible said.

“Iran is another whole animal. Their mentality is not to back down and don’t show any sign of weakness,” Streible said. “They’ve already threatened military action. The new Iranian military chief has already vowed to push Americans out of the region….So we should see this escalation continue to rise from here.”

Meanwhile, the Dow Jones Industrial Average was down by 82.04 points and earlier was lower still.

“You have a lot of safe-haven buying with risk-off sentiment in equities,” said Sean Lusk, co-director of commercial hedging with Walsh Trading.

Some traders are becoming more cautious about which assets classes to be involved with, Streible said.

Lusk commented that the U.S.-Iran tensions come at a time when gold tends to get a boost at the start of a new year anyway from seasonal factors. The early-January strength is typically associated with buying ahead of the Chinese New Year.

From a technical standpoint, precious metals already had been gaining some momentum even ahead of the U.S.-Iran flare-up, said Daniel Pavilonis, senior commodities broker with RJO Futures.

“Then as we started moving higher technically, we started getting more momentum off of this Iranian situation.”

Lusk commented that gold could pull back, especially if some traders opt to sell in order to book their profits ahead of the monthly U.S. jobs report due out on Friday. Further, he pointed out that there already were a lot of longs, or bullish traders, in the market. A 50% correction of the rally so far this year would put February gold in the neighborhood of $1,555 to $1,557.

Should that happen, however, Lusk said he would look for buying on the dip.

“I don’t think this [U.S.-Iran situation] is going to go away,” he continued. “It may calm down, but it’s always going to be there….It’s just a mess. I wish it wasn’t in the market, but it’s the world we live in.”

Streible suggested there could be a “wait-and-see” period as traders watch to see what happens next, and noted gold also could come back to fill a price gap on the chart between the session low and Friday’s high. However, Streible said he looks for an eventual move over $1,600 an ounce.

“It kind of looks like the sky is the limit at this point,” he said.

For one thing, he suggested U.S. interest rates are likely to come down again. The Federal Reserve paused on rate cuts in December after previously trimming interest rates by 25 basis points three times.

“As interest rates go lower, gold becomes even more of a viable asset class to own,” Streible said.

Further, he pointed out that China, Russia and Iran all did recent military drills together.
“So these guys have become a bit more friends,” Streible said. Thus, he continued, there is always the chance of China delay signing a phase-one trade agreement in mid-January.

Pavilonis looks for precious metals to remain underpinned even if all-out war does not occur and the crisis “fizzles out,” although he said the rise will not remain as sharp as it has been lately. While the stock market is at all-time highs, “I can’t imagine it has got more than a year left” in the rally, Pavilonis said. Meanwhile, the U.S. dollar is showing signs of weakness.

“We see the metals a hedge, continuing to move higher,” Pavilonis said. “The Iranian situation just adds more momentum behind it.”