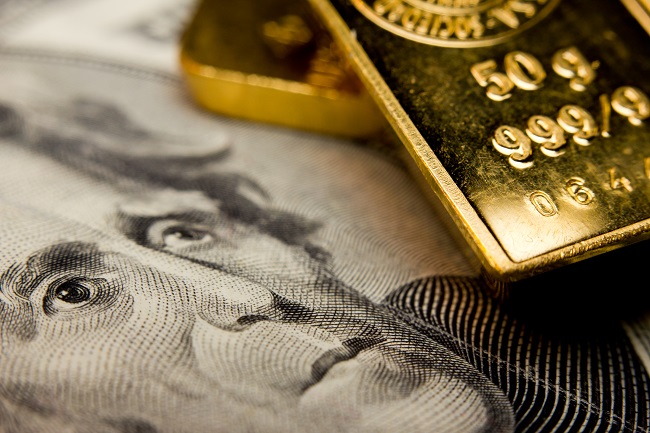 (Kitco News) - Although the gold market is down from its nearly seven-year highs hit at the start of the new trading week, one market strategist said that the yellow metal has more room to move higher in the near term.

“The rally in gold looks sustainable as we just don’t know what is going to happen next,” he said. “We are living in a period of unprecedented uncertainty and that is going to continue to support gold prices. I think a lot of people expected to see a quiet start to 2020 but that didn’t quite happen.”

Milling-Stanley said that the rally looks solid as the rising Middle East tensions are also boosting oil prices. He noted that in previous skirmishes, the oil market saw little movement. Overnight Brent crude prices pushed to its highest level since April, rising above $70 a barrel.

“If the rally in crude oil is sustained, then the gold rally will be sustained,” he said. “Higher oil prices will lead to higher inflation, which is positive for gold.”

Milling-Stanley said that it is too early to determine if higher oil prices will put enough pressure on U.S. consumers to create slower economic growth; however, he added that he is watching economic growth closely.

As to where gold prices could ultimately go, Milling-Stanley said that he still sees prices trading in a range between $1,550 and $1,650 for 2020. Although gold is up more than 3.5% in the first few trading days of 2020, he said that he doesn’t see signs that the market is overbought.

Milling-Stanley’s comments come as gold prices trade well off their session highs but still remain in positive territory. February gold futures last traded at $1,564 an ounce, up 0.75% on the day.

“I expect that gold has room to move higher in the near term,” he said. “I am not worried about gold being overbought at this time as I am seeing a high level of interest from all sorts of investors.”

Although the latest Middle East conflict is front and center in currently driving investor sentiment, Milling-Stanley said that there is enough global geopolitical uncertainty to sustain gold prices through 2020.

Milling-Stanley said that the trade war, even as the U.S. and China get ready to sign a phase-one agreement, still hasn’t been resolved. He also noted that Britain’s plan to leave the European Union is also in a state of flux.

“Not only do we have unprecedented levels of uncertainty, but we are still dealing with extremely low interest rates. These are all positive catalysts for gold,” he said.