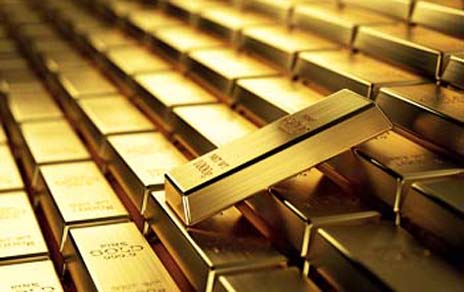 (Kitco News) - Large speculators hiked bullish positioning in gold futures for the third week in a row, according to the most recent data compiled by the Commodity Futures Trading Commission (CFTC).

However, with this positioning now at a three-month high and gold prices having risen even further since the Dec. 31 cutoff for the last CFTC report, some analysts cautioned that gold could be set up for some type of correction whenever bulls decide to exit some of those positions.

“But overall, the trend is likely to remain positive,” Rohit Savant, director of research with CPM Group, told Kitco News.

The “disaggregated” report shows that in the week to Dec. 31, money managers’ net-long position rose to 232,732 futures contracts from 218,846 the week before.

“This put them at their highest level in three months,” said Daniel Briesemann, analyst with Commerzbank.

Most of the increase was the result of fresh buying, as gross longs rose by 12,991 contracts. Gross shorts fell by 895, suggesting some short covering.

“Given that the surge in the gold price continued to gather pace after the [CFTC] reporting date, net-long positions are likely to be even higher by now,” Briesemann said.

“However, we believe that this also means that gold’s upswing is on shaky ground and that the risk of correction is growing,” Briesemann continued. “Gold is already significantly overbought from a technical viewpoint. At 86, the Relative Strength Index is at its highest level since mid-2019. That said, this situation a good six months ago did not lead to a correction -- instead, the price continued to rise, albeit somewhat less dynamically.”

Savant also suggested gold could be due for a profit-taking pullback, although he remains bullish for the longer term. Possible catalysts would be any abatement in the U.S.-Iran tensions, as well as the expected signing of a phase-one trade deal between the U.S. and China next week, he said.

The period covered by the CFTC report was prior to the U.S. drone airstrike last week that killed an Iranian general, with Iran vowing retaliation. Still, there had been rising geopolitical risks even ahead of this incident, turning some traders to gold, said Phil Flynn, senior market analyst with at Price Futures Group.

Further, he said there is a sense in the market that central banks around the globe will try to further stimulate the economy through low interest rates. That means “inflation could be back in the picture,” Flynn said. Investors often buy gold as an inflation hedge.

“The dollar, which been a nemesis for gold for a long time, seems to be topping out a bit,” Flynn said.

In the case of silver, money managers’ net-long position rose to 58,868 futures contracts from 52,897 in the prior week. This was due to a combination of fresh buying (increase of 4,078 total longs) and short covering (decline of 1,893 gross shorts).