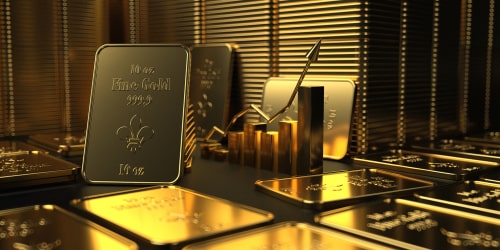 “$1450 was the new hard floor but gold is now firmly in a spot where the risk/reward in being directionally short is not favorable -- $1500 is increasingly looking like the new 2020 floor…,” wrote Scotiabank commodity strategist Nicky Shiels last week.

In the latest move, gold retreated around 1% on the day to $1,558.30 as U.S. President Donald Trump said Iran “appears to be standing down” in a speech on Wednesday.

The consequences of the escalating U.S.-Iran tensions could be in the form of “a tit-for-tat retaliation cycle that ultimately argues for larger supply-side risks to be priced into Oil and for a larger geopolitical premium into gold,” the strategist pointed out.

Gold is “smart,” noted Shiels when talking about the metal’s year-end strength and trading patterns.

“Gold’s repricing was aligned with a shift in the Fed in 2H'2019, but elevated pricing also incorporates the potential threat of 'fear drivers' such as trade, political/ geopolitical & growths risks re-emerging, which markets have learned can play out at the drop of a tweet at any point,” she highlighted.

The yellow metal’s trading patterns and drivers help when looking at gold long-term.

“The ability for gold to consistently adapt from internalizing old drivers (escalating trade rhetoric, negative risk appetite and moves in rates in Q3'19) to new drivers (falling US$, upping of inflation expectations, curve steepness, EMFX & commod FX strength in Dec 19), back again to internalizing its haven qualities (today) is a constructive development for the longer-term outlook,” the commodity strategist said.

“Fresh geopolitical risks will to be appropriately priced into relatively fairly priced havens (there’s a rethink around negatively yielding European debt undermining their safe haven role) and global markets are only fully 'back to school' next week - mid January,” she wrote.