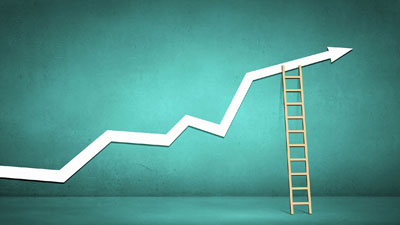 (Kitco News) - Rhodium prices have skyrocketed, which analysts and traders are attributing to strong industrial demand – particularly from the Chinese car market – at a time when supplies are unable to keep pace.

Further, rhodium is one of the smallest metals markets, meaning huge spreads right now between “bid” and “ask” prices in limited trading conditions.

Rhodium has already risen by around one-third in the first five trading days of the new year, with prices last trading around $7,300 an ounce. Some commodity analysts and traders say that the 2008 record high near $10,000 is the new target to watch, and prices could remain at historically higher levels even when they do finally correct.

“Everyone needs this metal, and we are seeing speculators now entering the market,” said Jonathan Butler, precious-metals analyst and head of business development at Mitsubishi. “This has all the makings of a squeeze, and who knows where it will end.”

“It has very much been a demand-driven story,” Cooper said. “The prospect for future supply is a concern. But in the near term, it’s being driven by higher [auto] emissions standards. And given that it’s a small market, we see that tightness materializing in much sharper moves higher.”

Chinese car sales have been down from past years. However, the loadings of platinum group metals per vehicle have increased due to stricter emissions rules in the country, keeping demand robust, analysts said.

“The demand for rhodium and palladium [which has also hit record-high prices lately] has continued to grow,” Cooper explained. “So it’s really been driven by the industrial sector, with continued [demand] growth from the auto sector.”

There is a supply element as well, observers said. Rhodium is mined as a by-product of other metals rather than rhodium-only mines. An electrical shortage in South Africa, a key producer of the platinum group metals, has curtailed some mining operations in recent weeks, one trader said. Further, Cooper said, supply is limited due to events going back to 2012, when producers cut capital expenditures – which would be aimed at generating new supplies – when prices tumbled.

“It normally takes about 10 years for new supplies to come on line,” Cooper said. “It’s possible that we may be facing a supply crunch over the next couple of years. When we look at the profile for future production, it’s the minor PGMs [such as rhodium] where the grades are falling much more rapidly than the main PGMs and base metals.”

A trader in the physical market also commented that tighter Chinese emissions standards are driving the demand, resulting in tight supplies. Further, the supply backdrop has reportedly left some producers looking for supplies themselves in order to fill orders, he said.

“When a supplier comes sniffing around for metal to fill orders, it obviously sends out a key signal to the market,” the trader said. “Everyone starts buying.”

Peter Hug, global trading director of Kitco Metals, said he has been “extremely constructive” on rhodium for nearly a year now, basically since prices broke up through $2,200 an ounce.

“There is a significant supply shortage of rhodium on the market. It is anticipated that will continue through this year and possibly next,” he said. “This is strictly a supply squeeze.”

In fact, Hug said, prices are rising so sharply that the market could go “parabolic.” Prices are volatile in an “extremely thin” market, he continued, with some dealers having bid-ask spreads of $500 to $700. As of when he spoke early Wednesday, Hug said bids were as low as $7,500 and offers as high as $8,500, depending on which dealer somebody spoke with.

Cooper explained that substitution away from rhodium is possible but would not appear to be economically viable. Palladium can be used, but auto catalysts would need five parts of palladium (last trading at $2,089 an ounce) for each part of rhodium.

Unlike 2008, when rhodium prices subsequently fell back sharply, Butler said that he expects strong demand and dwindling supplies to sustain prices at higher levels this time around.

“The story is very much different from 2008. I don’t think we will [see the] same depth of a selloff previously. I would expect to see a series of pullbacks, but they will be at higher lows,” Butler said. “Overall, the uptrend will remain, but there will be dips in the market to give automakers buying opportunities.”

Afshin Nabavi, head of trading with MKS (Switzerland) SA, said that he is also watching the $10,000 level as demand is not going to weaken anytime soon.

“Everyone is chasing the same metal,” he said.