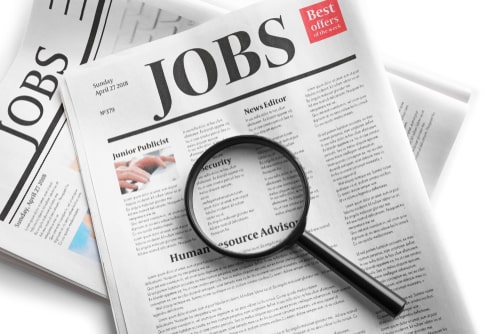 U.S. nonfarm payrolls rose by 145,000 in December, according to the Bureau of Labor Statistics. The monthly figure came below market consensus projecting 164,000 new positions.

The U.S. unemployment rate remained unchanged at 3.5%, a 50-year low, and the number of unemployed was also unchanged at 5.8 million.

Meanwhile, wages, which is another key element in the report, also disappointed. Average hourly earnings rose only 2.9% versus the expected 3.1%.

The biggest jobs gains were in retail trade and healthcare, while the mining sector saw job losses.

Gold prices jumped after the data was released, recovering all daily losses. February Comex gold futures were last trading at $1,555.20, up 0.06% on the day.

“The disappointments shouldn't materially change tracking for Q4 GDP which we have at just below 2%, however, could add a slight bid to U.S. fixed income markets today,” Judge wrote on Friday.

Sterling clings to gains against the euro before ECB meeting

ECB will wait until December to take action