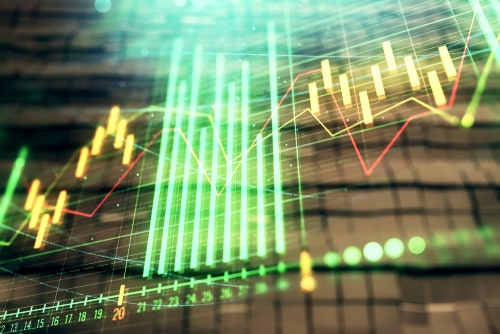 (Kitco News) Gold is not likely to fall sharply below the $1,550 an ounce level even though the U.S.-Iran tensions are easing and investors are embracing risk-on sentiment, according to TD Securities.

“While we see gold as a somewhat crowded trade, with spec long exposure still near extreme levels, it is unlikely that the yellow metal will fall sharply. Indeed, we expect firm support in a relatively narrow range between $1,515-1,550/ oz owing to the fact that there is depth of recent exposure at these levels,” strategists at TD Securities wrote on Monday.

Gold rose to seven-year highs of around $1,611 an ounce last week as tensions between the U.S. and Iran reached their highest point following the U.S. killing of the Iranian general Qassem Soleimani and Iran’s missile attack near U.S. troops in Iraq.

“But given that the Iranian retaliation was limited in scope and it did not result in any U.S. casualties, the concern that a mutually destructive cycle of tit-for-tat military actions, which could significantly disrupt global crude oil supply, dissipated. As tensions eased … gold prices dropped as much as $71 /oz from the recent peak, to trade near $1,550/oz currently,” the strategists said.

The $1,600 an ounce level is not out of reach for gold going forward as there are fundamental drivers supporting the yellow metal long-term.

“The uncertain macroeconomic environment, strong central bank buying and somewhat lower volatility which should keep CTAs maintaining their long tilt which should also serve to prevent a rout,” the bank added. “Since we project gold to hit $1,650/oz sometime in the second half of 2020, any correction is seen as an opportunity to enter a long position.”

Some other primary gold drivers include consistently weak manufacturing data and a possible re-escalation of the U.S.-Iran tensions.

“We see committed long positions between $1,515-$1,550/oz, with option strikes being supportive near those levels, which imply that something relatively drastic would need to occur for these support levels to be broken,” the strategists said.

"Gold prices will trade north of $1,650/oz by late-2020 due a low rate environment, record debt, U.S. election risks as we get closer to November along with insurance buying by central banks, portfolio managers and individuals,” the bank said.