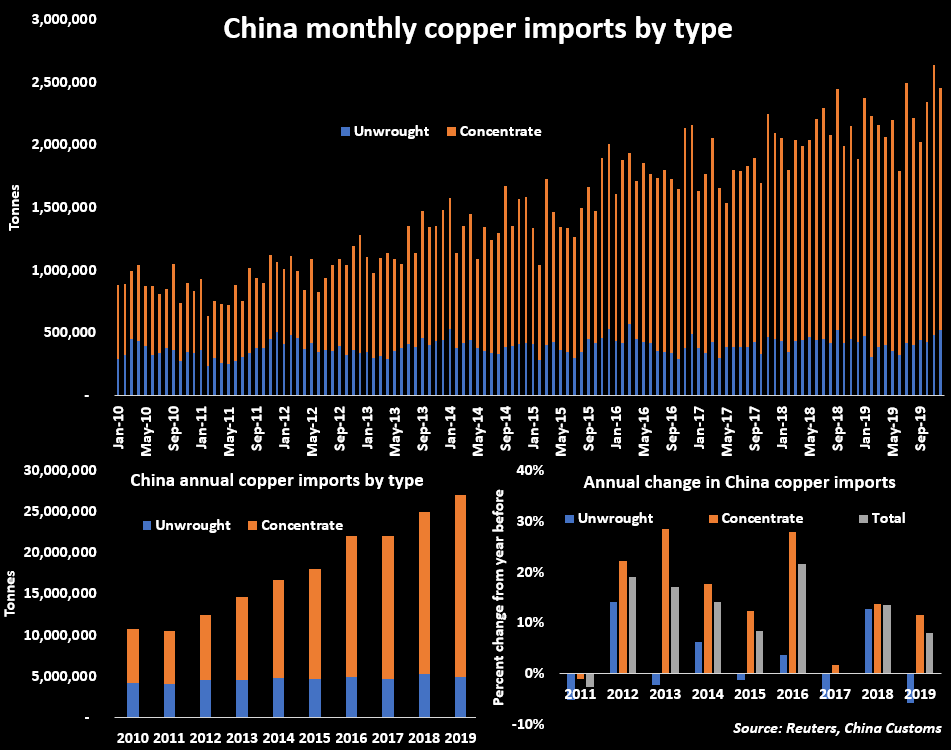 The bumper December number was partly due to a favorable price arbitrage between Chinese and international copper prices, allowing traders to profit by shipping metal into China, said Helen Lau, an analyst with Argonaut Securities in Hong Kong.

“But also because of a turnaround in demand that we spotted since the fourth quarter of last year. You can see this sequential increase in imports,” she added, noting investment in the power sector and automobile production had been improving.

Manufacturing activity in China expanded in December as signs of progress in trade talks with the United States boosted factories’ output and order books.

“A third reason is because of the reduced imports of scrap so China may have to import other copper products for downstream refining,” Lau said.

Quotas to import copper scrap dried up toward the end of 2019, although China’s own refined copper production hit a record high in November.

The annual drop was due to weak import levels in the first half of 2019, said Lau, who expects “strong” imports in the first six months of this year, rising from a low base. 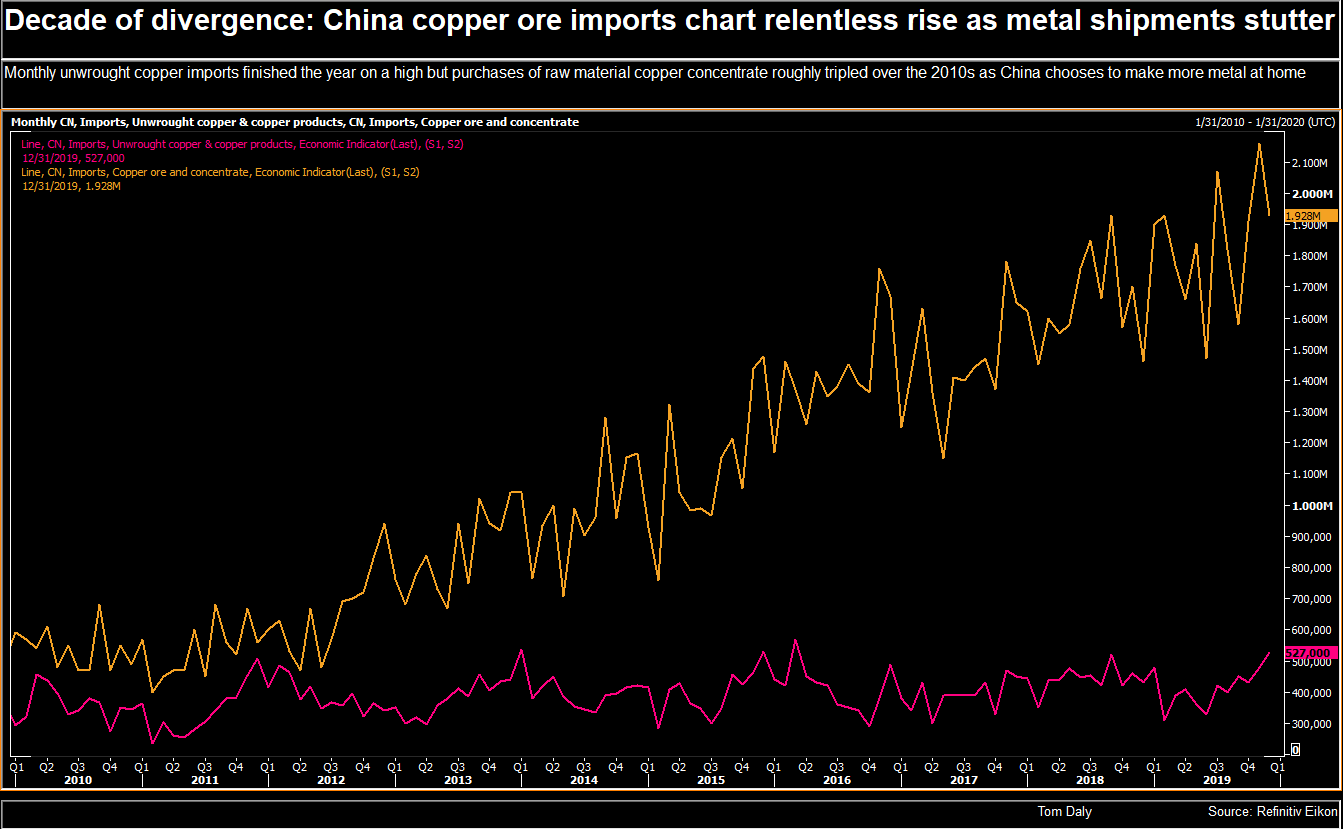 Imports of copper concentrate, the raw material processed by smelters into refined metal, came in at 1.928 million tonnes last month, down 10.6% from a record 2.157 million tonnes in November but up 31.8% from December 2018.

Imports for the full year rose 11.6% to 21.99 million tonnes, easily beating the previous record of 19.72 million tonnes in 2018 as smelter expansion boosted demand for ore.

Meanwhile, exports of unwrought aluminum stood at 478,000 tonnes in December. That was up 5.8% from the previous month to the highest level since July but down 9.3% from December 2018.