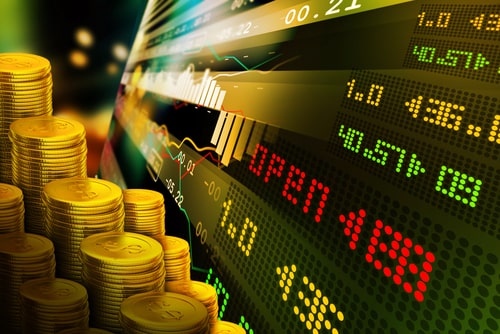 (Kitco News) One bearish outlook on gold this year comes from Capital Economics, which is projecting gold prices to end the year at $1,400 an ounce — more than $200 lower than last week's seven year-high.

"Gold will probably receive some support from central bank purchases, many of whom wish to diversify their reserves away from U.S. dollar assets, but, in our view, this won't stop gold from falling to US$1,400 per ounce by end-2020. This compares with a consensus forecast of $1,512," wrote Capital Economics commodities economist Alexander Kozul-Wright on Tuesday.

At the time of writing, February Comex gold futures were last trading at $1,545.40, down 0.34% on the day. Last week, gold briefly hit a level above $1,611, an ounce on rising geopolitical tensions between the U.S. and Iran.

Capital Economics' bearish forecast is based on its view of global economic growth, U.S. dollar and physical demand for the yellow metal.

"While the price of gold remains elevated at present, we think it's only a matter of time before it begins to ease back. Subdued gold imports in China and India and softer safe-haven demand should depress the price. Meanwhile, we expect that some U.S. dollar appreciation will also weigh on gold in 2020," Kozul-Wright said.

The markets will continue to see "the lagged effects of loose monetary policy," which should help with the overall global economic recovery. "Fears of an economic recession would fade, lifting investor sentiment and curtailing the demand for gold-linked assets," the economist described.

Also, investors should see a decline in the amount of negative-yielding debt, which would also limit gold's appeal, Kozul-Wright pointed out.

On top of that, continued strength in the U.S. dollar should weigh on gold prices this year, added the economist.

"Unlike other major central banks, we don't expect the Fed to cut rates in 2020, which should lift the relative price of the greenback. We also think that the U.S. economy will benefit from a pick-up in growth in the second quarter, providing additional demand for the dollar. As such, gold prices will probably remain elevated in the near term, before trending down in the second half of the year," he wrote.

The last pillar of the bearish outlook is weaker physical demand coming from India and China — the world's two top gold consumers. "We … suspect that Chinese economic growth is set for a small leg-down this year, adding a further headwind to gold imports. Meanwhile, high import duties and shifting consumer preferences away from gold will weigh on purchases in India," Kozul-Wright said.

"While we were upbeat on the outlook for gold in 2019, even we were surprised by the speed and scale of last year's price rally," Kozul-Wright said.