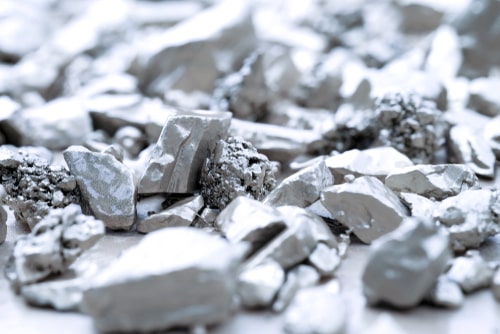 (Kitco News) Platinum had the best day in nearly two years as prices surged past the $1,000 an ounce mark on Wednesday.

All precious metals were having a good day as investors were digesting the signing of the U.S.-China 'Phase One' trade deal. Platinum was the best performer, rising 3.7% on the day, followed by palladium, which was up 2% on the day, and then by silver and gold, up 1.5% and 0.8% on the day, respectively.

Analysts were puzzled as to why the metal rose so much in one day with no significant news spotted by the experts. However, many cited the $1,000 an ounce level as a very important technical mark that needed to be breached.

“It has been a culmination of things. Most recently, the power outages and issues in South Africa, which is a major supplier of platinum. The risk is that the turmoil there disrupts supply and tightens that market up,” TD Securities commodity strategist Ryan McKay told Kitco News on Wednesday.

The $1,000 on platinum was a key price level that hasn’t been hit in a long time, said Blue Line Futures chief market strategist Phillip Streible. “It triggered quite a few buy stops. The $1,000 level was like a flashing light, like an alarm went off.”

Platinum is also getting some attention as a safe haven metal as well amid the U.S.-China news and disappointing U.S. macro data, McKay said.

“We’ve had the China-U.S. signing their deal. Maybe the markets had this baked in for a bit, so it is a little bit of take back in the equities. Also, we’ve had some disappointing data over the last few days in the U.S., a weaker U.S. dollar, interest rates coming quite a bit lower, and flattening in the curve today. All that is helping to support the precious metals,” he stated.

Platinum has been overlooked by investors for a couple of years now, the strategist added, noting its correlation to gold. “Gold has been fantastic since the summer and that has fed through to platinum,” McKay said.

ETF holdings and tactical positioning have started to look more favorable towards platinum, Cooper pointed out.

“For the past few years it has been pressured by the supply market. But, we are getting to the point now where we start to see fundamentals starting to improve. Perhaps, the two factors the market is looking for prices to really push higher are additional supply discipline and signs that substitution might be taking place in the auto sector,” she said on Wednesday.

The diesel component is key, said McKay, adding that the death of diesel hasn’t really come.

“We’ve gone through years of underinvestment in platinum due to the diesel side of things,” he said. “Market share has diminished somewhat, but we are still seeing diesel cars out there and we are also seeing increased environmental regulations, which mean that you need to use higher PGM loadings in the vehicles.”

The market is seeing investors change their tune on platinum and PGMs will remain in demand going forward. “The whole ESG side is adding a bit of juice here as well and that is helping investors get interested again,” McKay said.

Going forward, TD Securities sees platinum rising to $1,100 in the second half of the year and Standard Chartered is also projecting for the metal to trade above $1,000 later in the year.