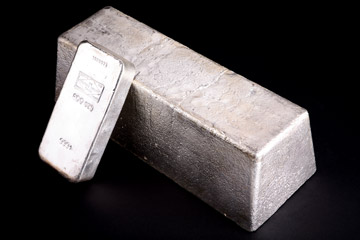 Output last year came in at 25.6 million silver-equivalent ounces, which First Majestic said was a 15% increase over 2018 and at the top end of the 2019 guidance range of 24.4 million to 26 million ounces.

Silver production hit 13.2 million ounces, which was 13% more than 2018 and within guidance of 12.8 million to 13.5 million ounces. The company said it posted average silver recoveries of 86%, the highest in its 17-year history.

In the fourth quarter, output totaled 6.2 million silver-equivalent ounces, a slight decrease from the prior quarter mainly due to lower gold grades and a reduction in tonnes milled at Santa Elena during December. The lower production was due to heavy rains impacting the heap leach pads, First Majestic said. Fourth-quarter silver production was 3.3 million ounces, consistent with the prior quarter.

“During the fourth quarter, Santa Elena’s new HIG mill circuit continued to exceed our expectations with silver and gold recoveries achieving new records of 94% and 96%, respectively,” he continued. “At La Encantada, silver production hit another five-year high due to continued improvements in underground production from the San Javier and La Prieta areas.”

First Majestic said it expects to release its 2020 production, cost and capital guidance on Tuesday. Fourth-quarter and full-year 2019 financial results are scheduled to be released on Feb. 19.