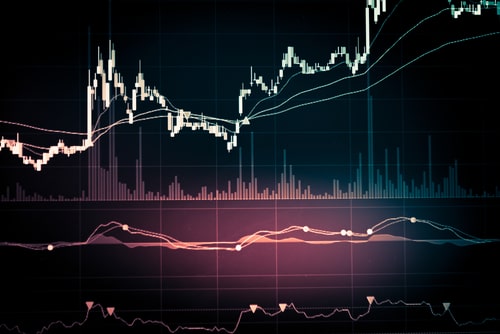 (Kitco News) Can gold prices see more gains next week? Analysts are optimistic about gold, which is looking strong despite the rallying stock market.

"It is very curious to me that gold is rocking and rolling despite the fact that we have a massive risk-on move for the last few days," TD Securities head of global strategy Bart Melek told Kitco News on Friday.

Supporting gold is the idea that interest rates will remain lower for longer as a full-fledged economic recovery is still a long way away, explained Melek.

"There is general hopefulness that the economy is going to do fairly well. That typically is not particularly good for gold. It is good now," he said. "Ultimately, people are looking at the economy and thinking it is doing well now. But that does not mean that will continue."

Investors were digesting the news that China's economy grew 6.1% in 2019, which was in line with expectations.

"There is a consensus building that we are unlikely to see overly strong growth in the U.S. as well. The general consensus out there is that along with record debt and probably more tax cuts in the U.S., we are likely going have lower rates for longer," Melek pointed out.

Another driver behind gold's strength could be the market's interpretation of the U.S.-China 'Phase One' deal that was signed on Wednesday.

Investors are realizing that the new trade deal has not resolved any of the deeper issues between the two countries, said Capital Economics chief commodities economist Caroline Bain.

"I thought gold might drop back a bit this week as the trade deal was signed between the U.S. and China. But it hasn't particularly. You can only assume that despite the signing of the deal, there is an awareness that the key issues are still there," Bain said on Frida. "And the consensus now is that tensions could flare up again at any point. They haven't really reached agreement on structural changes that the U.S. was proposing. That may be why gold is holding its own."

"A sense that the U.S. China trade deal doesn't quite offer the reduced tensions and better growth prospects that it had purported to do explains the lack of follow-through selling in gold," Lawler said.

All eyes on BoJ, BoC, and ECB

The most significant announcements next week will come from three major central banks that are scheduled to make their rate decisions next week.

The Bank of Japan (BoJ) will kick things off on Monday, followed by the Bank of Canada (BoC) on Wednesday and the European Central Bank (ECB) on Thursday. The overall tilt is likely to remain dovish, which is beneficial for gold prices, analysts told Kitco News.

"People in the gold market will definitely need to pay attention to what's happening in other central banks. Even if policy isn't loosened, there is a definitely a dovish sentiment around at the moment, which is a factor supporting prices," Bain said.

A further tilt towards dovishness could boost gold further, added Melek, stating that it is important to keep an eye on any new information that could be revealed in the banks' statements.

"The economic outlook provided by some of the world's most important central banks over the coming days may add further color to the markets, as investors ascertain how much more exposure to risk is warranted in the near term," Tan said.

On top of the three rate decisions, the International Monetary Fund (IMF) will be releasing its World Economic Outlook on Monday. "Should the IMF strike a more optimistic tone over the prospects of an economic recovery worldwide in 2020, that could give risk-on sentiment another shot in the arm," Tan pointed out.

Bain also said there is scope for gold prices to rise further in the short term, citing weakness in the economic data. Capital Economics' long-term outlook, however, sees gold prices retreated to $1,400 an ounce by year-end.

"The economic data coming out over the next month will remain quite weak. We think from now the global economy will start to pick up. Our bearish forecast of $1,400 by the end of the year is weighted towards the second half of the year, when the global outlook will be improving," Bain explained.

Some of the most important macro releases next week will be the housing data out of the U.S., including the House Price Index and existing home sales, both scheduled for Wednesday. On Thursday, there are U.S. jobless claims followed by Friday's manufacturing PMI data.

Markets are also eyeing the potential formal nominations of Judy Shelton and Christopher Waller to the Federal Reserve Board of Governors.

"This could ultimately provide the Fed with a more structurally dovish lean, if the nominees are indeed confirmed — particularly as the Board of Governors are voting members," strategists at TD Securities said.