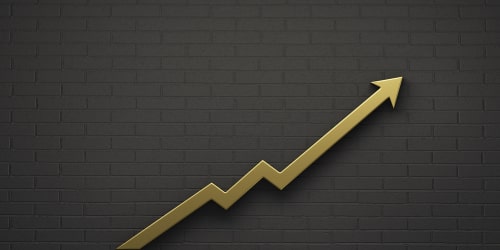 (Kitco News) What can take the gold market from $1,550 to $1,600 and higher? Goldex CEO and founder Sylvia Carrasco told Kitco News that she is not ruling out the $1,900 an ounce level this year if geopolitical and trade tensions escalate in the current economic climate.

There are a number of strong drivers supporting gold prices this year, including geopolitical and trade tensions, global debt, dovish central banks, weakening U.S. dollar as well as the political situation in the U.S., Carrasco said on Thursday.

"Last year, I said that the perfect storm was forming and I think I would use this phrase again. The perfect storm is now happening," Carrasco noted. "Gold should be around $1,600 if nothing else crazy happens. At this moment in time, I can see gold between the $1,500 and the $2,000 mark during 2020."

If the market sees a further increase in geopolitical tensions or additional trade concerns this year, gold will surge towards $1,900, Goldex CEO pointed out. And if things do calm down, Carrasco does not see gold falling much below $1,500 an ounce.

"It is going to be another record year," she said, referring to gold hitting record-highs in many currencies last year. "And it will be mainly due to geopolitical tensions raising prices higher."

Gold is a hedge against inflation that is being used more and more by investors who are realizing the benefits of the yellow metal, Carrasco said.

"Gold is the hedge that people should be using. I wouldn't build my personal wealth portfolio just on gold. But gold is more and more clearly overtaking oil and any other hedging mechanisms … Gold will be a good trade whether for speculative reasons or for trading," she noted.

Goldex CEO pointed to a recent Goldman Sachs report that pointed to gold as being a better hedge than oil. Carrasco added that this view is the new consensus that will increase demand for gold.

Gold began the year with a bang as U.S.-Iran tensions flared up and surprised the markets in the first two weeks of January.

"The rally we've seen is based on geopolitical tensions between the U.S. and Iran. We need to see also the reasons behind Trump's approach when it comes to Iran … In September, the U.S. ended up a positive net exporter of oil for the first time in history. That gives you a reason why Trump thinks he is not affected by the tensions even though the rest of the world is affected," Carrasco described.

Also, U.S. President Donald Trump was driven by the goal to distract the market from the impeachment proceedings against him, she added.

Going forward, gold prices are likely to rise further, especially considering that most of the major central banks around the world are not planning to start raising rates any time soon.

"Central banks using unconventional ways … Is there going to be an increase in interest rates in Europe or in the U.S.? The answer is no. And if interest rates are not going to increase, gold is the first one that is affected," Carrasco said.

On top of that, the central banks will remain significant gold buyers in 2020. "That's another reason why gold prices will increase this year," she said.

Growing debt also supports higher gold prices this year, the CEO added. "We've been talking about debt for years — how corporate debt and government debt continues to increase. More debt effectively means a potentially weaker U.S. dollar. The moment the U.S. dollar is weak, where do you go? The only safe place is gold. And I think we are going to be seeing a weakening dollar as the year continues," Carrasco described.