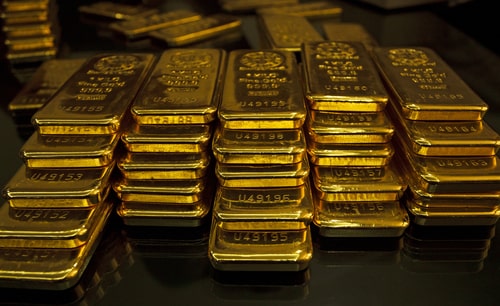 (Kitco News) Gold is a key part of a portfolio in an environment where the stock bull market will come to an end, according to David Rosenberg, chief economist and strategist at Rosenberg Research and Associates.

“Gold is a place you want to be. I think that it’s partly because its inversely correlated with interest rates. But it’s also an insurance policy when things go wrong,” Rosenberg told Bloomberg this week. “There’s no such thing as a no-brainer, but this is close.”

Gold began the year on a strong note amid increased geopolitical tensions and lingering trade concerns. Spot gold is up more than 5% in the last month. At the time of writing, February Comex gold futures were last trading at $1,557.60, down 0.17% on the day, after briefly breaching the $1,600-an-ounce mark earlier this month.

Rosenberg is still projecting an economic slowdown despite the rising stock market and the latest U.S.-China phase-one trade deal.

Aside from gold, other smart options in this environment are bets of emerging markets and bonds, Rosenberg pointed out.

Good investments for 2020, for example, would be Japan’s stock market, which is a “blind hold” for Rosenberg and bonds.

“It’s really more about putting together a portfolio of stocks -- non-cyclical, liquid, strong balance sheets, with not much of a refinancing calendar that have been able to increase their dividends,” he said.

In December, Rosenberg told Kitco News that investors should protect themselves with hard assets.

“Economic fundamentals have not been driving this equity market for a very long time. This is very much liquidity, momentum and sentiment-driven market. Let’s face facts -- the fundamentals are pretty poor,” he said. “If you are taking a three- to five-year view, you would want to look at gold and other hard assets. There is going to be a place to chip away at creating a hard-asset portfolio.”