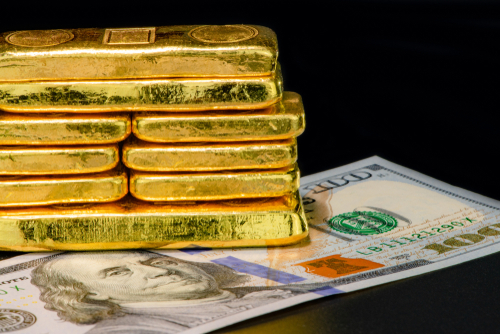 (Kitco News) - For the second time in as many weeks, the world’s largest hedge fund is once again talking up gold as an important diversifier for investors. 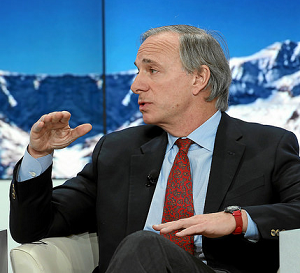 Speaking to CNBC’s Squawk Box on the sideline of the World Economic Forum in Davos, Switzerland, Ray Dalio, founder of Bridgewater Associates, said that in the current environment, investors should hold a global diversified portfolio that includes some gold.

“Cash is trash,” he declared in the interview. He warned that investors should get out of cash as central banks continue to print money.

However, Dalio tempered his comments on the precious metal, saying that “a bit of gold is a diversifier.”

But it is not only cash that Dalio railed against. He also didn’t have anything nice to say about bitcoin, which is neither a medium of exchange nor a store of value.

He said that investors shouldn’t go anywhere near bitcoin because of its volatility. When it comes to a store of value, central banks will continue to prefer to hold hard assets.

Although Dalio said that he sees a low chance of a recession in 2020, he warned investors to look further out. The risks are that because of where monetary policy is right now, it will be less effective when the downturn does come.

“At a point in the future, we still are going to think about what’s a storeholder of wealth. Because when you get negative-yielding bonds or something, we are approaching a limit that will be a paradigm shift,” he said.

Dalio has been fairly bullish on gold and for nearly three years has advocated that investors hold at least 5% to 10% of their portfolio in gold.

Dalio’s latest comments come less than a week after Greg Jensen, co-chief investment officer at Bridgewater Associates, said in an interview with the Financial Times that he sees gold pushing to $2,000 an ounce.

Jensen said that he sees higher gold prices through 2020 as inflation picks up but central banks, in particular the Federal Reserve, step away from the fight.

“The Fed won’t be pre-emptive,” he said.

Jensen said that he is also bullish on gold as geopolitical uncertainty dominates financial markets and investor sentiment.

“When you look at the geopolitical strife, how many foreign entities really want to hold dollars? And what are they going to hold? Gold stands out,” he said.