Gold bulls to have the upper hand in 2020, but massive rally is unlikely — INTL FCStone 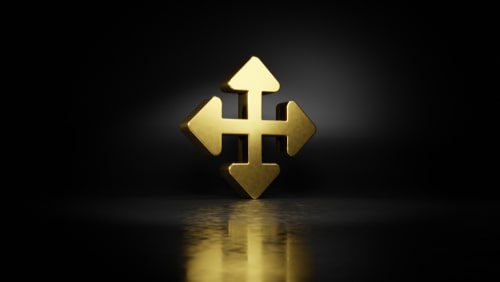 (Kitco News) Gold prices are in store for more gains in 2020, but INTL FCStone is ruling out a massive 2019-like rally.

“The prognosis is for further gains, but not of last year’s magnitude,” said Rhona O’Connell, INTL FCStone’s head of market analysts for EMEA & Asia regions. “Gold enjoyed a surge in price in the middle of last year and has changed its trading range. While the majority of the elements that made a valid contribution to this rise are still in place, it is arguable that they are largely now priced in.”

“[Gold] will probably spend much of its time in the $1,500-$1,600 band, with a gentle upward bias and with the potential for occasional bursts upwards. Whether gold can enjoy another 15% upward range change has to be doubtful, however,” she wrote on Tuesday.

The gold bulls will be in control this year, but the bears will also want to be heard, the report said, highlighting central bank gold purchases.

“The bulls should have the upper hand this year, but there are cogent reasons for bears to want to have their say. These include the likelihood that o?cial sector purchases, while probably still sizeable as a number of countries continue to diversify currency risks and see gold as stabilization in their portfolios, are unlikely to reach the 2019 record levels,” O’Connell said.

Official sector net purchases were around 585 tons in 2019 versus the global fabrication of about 3,700 tons.

Low-interest rate environment around the world is likely to keep investors’ interest in gold alive and well in 2020, the report added.

“The European Central Bank has limited options available to it and it is highly unlikely that European interest rates as a body will move back above zero this year … This is likely to sustain private investor interest in gold as it obviates the argument about gold not generating a yield,” according to O’Connell.

Geopolitical risks have also not gone away, which will support gold above the $1,500-50 an ounce.

The U.S.-China trade talks progress would potentially boost economic growth in emerging markets and potentially even Europe, the report added.

“After more than a year of grinding economic uncertainty, prompted in large measure by the vicissitudes of the Sino-U.S. trade disputes, we are now looking for a modest rebound,” the outlook stated.

INTL FCStone said it sees silver prices also strengthening in 2020, but stated that it might be “hard work” for the metal while pointing out silver’s industrial side as looking promising.

“Improving economic activity and loose monetary policy suggest a better performance from the industrial metals also, which would reinforce a positive outlook,” O’Connell wrote. “The $20 target is viable on the back of gold strength, although it would probably not be breached for long.”