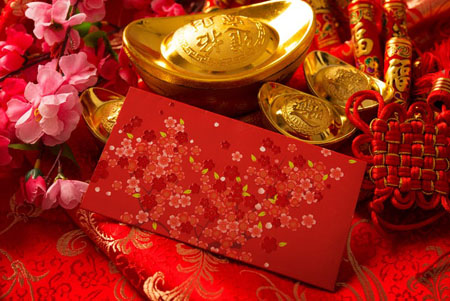 (Kitco News) - Gold demand tied to the Chinese New Year is being described as “sluggish,” apparently dented by the higher price of the precious metal, a slowing economy in the country and a virus outbreak, most traders and analysts said.

Still, some observers figure the holiday demand could still end up higher than a year ago, which was described as an off year.

China is the world’s largest consumer of gold, taking over the No. 1 spot from India several years ago. Buying of the precious metal tends to pick up ahead of the Chinese New Year, which is Saturday.

“Overall, the demand continues to be rather sluggish,” said Afshin Nabavi, head of trading with MKS (Switzerland) SA, the trading arm of MKS PAMP Group. MKS is involved in all of the world’s bullion major bullion markets.

He and others blamed the soft demand in large part on higher prices and China’s slowing economy. During the run-up to the Chinese New Year, spot gold hit a nearly seven-year high of $1,609.10 an ounce on Jan. 8. It has backed off since. Still, the price at 10 a.m. EST – $1,562.60 an ounce – was nearly $250 an ounce higher than on the Chinese New Year last year, which occurred on Feb. 5, 2019. This in turn has also led to higher prices in the local currency, observers said.

Carsten Fritsch, analyst with Commerzbank, told Kitco News that holiday-related demand likely “will be soft, or at least not as strong” as last year.

“Prices are still very high – higher than last year, of course,” he said.

Gold’s fortunes were not helped when an outbreak of coronavirus in China made headlines this week. The crisis impacted global stock markets on worries about the impact on the economy, should the virus spread from being a local epidemic to a global pandemic. China has suspended transportation in 10 cities and 26 people have reportedly died from the disease so far.

“This virus outbreak came at the worst possible time – just ahead of the Chinese New Year,” Fritsch said. “So the buying will be weaker than usual.”

“Our expectation is that Chinese gold demand for the Lunar New Year may be somewhat lower than [what] would have been expected in the absence of the coronavirus breakout,” Savant said.

Philip Newman, director of the consultancy Metals Focus, said that based on the wholesale trade in early January, retailers appeared to be building inventory ahead of the holiday at levels similar to previous years. This reflected their expectations at the time for a similar sales performance. Then came the coronavirus outbreak, which has potential to spread, given the festival travel rush, he said.

“This in turn has affected gold-jewelry sales before [the Chinese New Year],” Newman said. “In addition, people may not be willing to go out during the holidays, which could certainly hit Chinese New Year gold sales. As a result, we could see a very subdued retail jewelry market, which may last for some time.”

The fact that gold has risen so far this year is mainly due to the geopolitical factors rather than actual physical demand, Nabavi said. Despite a pullback from the peak, spot gold is still up 3% so far in 2020, with prices consolidating sideways in recent days. The market now seems to be awaiting for some kind of confirmation of a breakout to the upside, Nabavi added.

Peter Hug, global trading director of Kitco Metals, reported that sales have not been high as past years in Hong Kong, where the company operates rather than in mainland China. He suspects this is because of a drop in tourism, with Hong Kong’s economy appearing to slow rapidly.

“We’re not seeing the same type of offtake for New Year commemorative type of coins, whether they are sovereign mint coins or collectible coins made by private mints, that we have seen in past years,” Hug said. “I can’t quantify the demand differential. But the demand is definitely much lower than it was in last year’s run-up to the Chinese New Year.”

A softer economy is leaving buyers “wary of spending ancillary cash and the price point is up at least $200 from last year,” Hug said. “So that is all contributing to a lessening of demand.”

Kitco has a product to commemorate the Chinese New Year, he noted.

Fritsch pointed out that the China Gold Association reported earlier this week that demand for all of 2019 declined by 12.9% to 1,002.8 metric tons.

“The economy is still weak and local prices are still high,” he said. “There is no reason to expect an uptick in demand soon. And now, on top of this, we have this virus, which will also dent gold demand in China.”

Meanwhile, Suki Cooper, precious-metals analyst with Standard Chartered, was upbeat on the holiday-related gold demand, suggesting that it will be stronger than in 2019. However, she also commented that last year was a weak year.

As a gauge, she looks at the volume traded on the Shanghai Gold Exchange, which she said points to a good year for seasonal holiday demand.

“This year, we saw global buying picking up six weeks [ahead of time]. Buying in China started to materialize in December.”

The physical market has helped gold find a floor around the $1,550 area, she said.