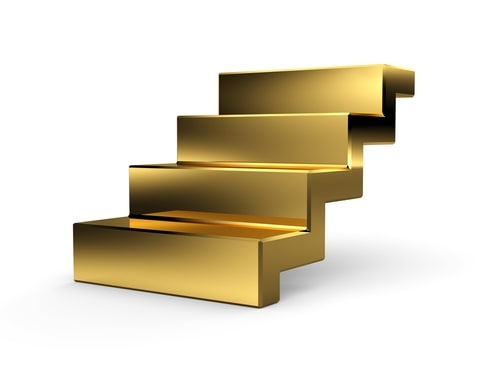 (Kitco News) Gold is well supported and has room to run higher next week as analysts point to the Federal Reserve meeting and the spread of the new coronavirus as the two key issues to keep an eye on.

The yellow metal battled against risk-on sentiment this week but managed to hold above $1,550 an ounce level and even rise about 0.8% on the week. February Comex gold futures were last trading at $1,572.40, up 0.45% on the day.

Next week, analysts are keeping a close eye on the Federal Reserve interest rate decision on Wednesday, the spread of the new coronavirus, and the possibility of any new geopolitical tensions.

The U.S. central bank meeting, which will be followed by the Fed Chair Jerome Powell’s press conference, is the main event to watch next week, according to TD Securities commodity strategists Daniel Ghali.

The consensus is that the U.S. central bank will keep rates on hold. The CME FedWatch tool is showing an 87.3% chance of rates staying at current levels, and a 12.3% chance of a 25-basis-point rate hike.

Some analysts see the Fed leaning towards the dovish side in its statement or during Powell’s press conference.

“If anything, [the Fed] is going to quell any lingering fears that it might be looking to take back its insurance cuts any time soon. And instead, it is probably going to reinforce the market’s lean on the dovish side. The market still has some cuts priced in for 2020. That should be supportive for gold prices,” Ghali told Kitco News on Friday.

TD Securities projects for the Fed to remain on hold for most of the year and then cut rates once by year’s end.

Not all, however, see the Fed meeting as the major event next week, noting that it might turn into a non-event as the market’s attention shifts to the spread of the coronavirus.

“It will be a bit of a non-event. It is pretty unlikely that the Fed makes any adjustment to its monetary policy at this point in time. We think the Fed will remain on hold for the foreseeable future,” said Capital Economics assistant commodities economist Kieran Clancy. “The main driver next week will probably be any headlines on this coronavirus outbreak.”

There are a lot of data releases next week as well, which are also likely to take a backseat to new virus news headlines, Clancy added.

“We don’t have any special insight into how the virus is going to spread. The only thing we can do is go back and see what previous outbreaks of viruses played out in the past. The most obvious one you can draw parallels from is the outbreak of SARS back in 2003. And if there is a similar run of play as back then, we will probably see a lot of the moves reversed as the virus is brought into control,” he said.

On Friday, the U.S. Centers for Disease Control and Prevention (CDC) confirmed a second U.S. case of the new coronavirus in Chicago. The CDC added that it is investing another 63 possible cases as the sometimes deadly virus is spreading into the U.S.

Gold has benefited from the virus fears due to the risk-off sentiment that the outbreak created, Clancy said, noting that its impact on the gold price is only temporary.

“It has already been a pretty strong factor supporting the gold price. It promoted a risk-off move in markets, which normally is very beneficial for gold. And if things get worse from here, there is no reason to suspect that we wouldn’t see the same thing happening again,” he noted. “Until we hear of any sort of concrete evidence that the virus has been contained, it will probably be one of the main drivers.”

Clancy is also watching geopolitical risks, which are still lingering in the background and could potentially boost gold once again soon.

"One of the most surprising things this week has been the lack of reaction in the oil market to the events in Libya and Iraq. Those factors could be positive for the gold price,” he said.

The Chinese markets are closed for the Lunar New Year celebrations and will not re-open until late next week.

“Chinese markets are now closed. Technically it is a week, but it will take longer to get back into full swing. Made everything quieter,” said Rhona O’Connell, INTL FCStone’s head of market analysts for EMEA & Asia regions.

The preparations for the Lunar New Year have not boosted gold demand by much, said O’Connell. “With the rest of the physical market quiet, gold is holding up pretty well. Any upward momentum has to be generated by the professional market,” she noted.

There is a stark difference between what physical demand can do for gold prices versus increased professional market participation, O’Connell highlighted.

“Upward momentum in prices does tend to always come from the professional market,” she said, pointing to a lot of interest in gold during the U.S. market hours.

“The nature of the two different sides of the system is that physical demand at the retail level is never capable of driving prices higher. What it can do is cushion weakness. At the moment, there is good bargain hunting coming through between $1,550 and $1,555. That seems to be almost exclusively concentrated in the U.S. hours, which points to people continuing to look at all different professional parameters as opposed to underlying physical,” she said.

Analysts are watching a potential close above $1,568 an ounce, which is looking very probable as of Friday afternoon. A close above that level would indicate that gold might be ready for another rally, said Ghali.

“On the upside, we are watching $1,568. A close north of there would imply that gold has resumed its upward trajectory, he said. “On the downside, we are looking at $1,550 support.”

The U.S. durable goods orders report and CB consumer confidence are scheduled for Tuesday. Followed by U.S. Q4 GDP numbers and jobless claims on Thursday. The PCE price index and personal spending are out on Friday.

In addition, the Bank of England (BoE) will also be making its interest rate announcement on Thursday, which will mark governor Mark Carney’s last monetary policy meeting. The market consensus is projecting for the central bank to remain on hold and keep rates at 0.75%.