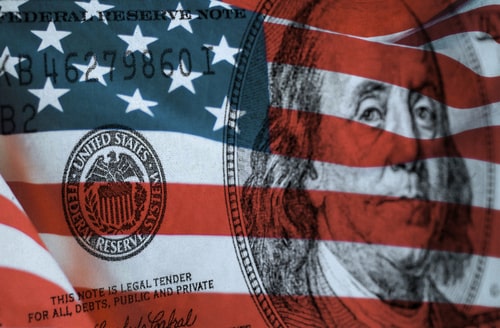 The interest rate remains in a range between 1.50% and 1.75%. The decision comes after the Fed lowered rates three times last year, deciding to stay pat on rates in December.

“The Committee judges that the current stance of monetary policy is appropriate to support sustained expansion of economic activity, strong labor market conditions, and inflation returning to the Committee's symmetric 2 percent objective,” the statement said. “The Committee will continue to monitor the implications of incoming information for the economic outlook, including global developments and muted inflation pressures, as it assesses the appropriate path of the target range for the federal funds rate.”

The statement, released on Wednesday afternoon, had only two minor changes from the December meeting. The first was saying that the household spending has been rising at a "moderate" pace instead of a "strong" pace. And the second was that monetary policy will support inflation returning to 2% instead of near 2%.

Gold prices were relatively unchanged following the announcement with February Comex gold futures last trading at $1,571.20, up 0.09% on the day.

The Fed also highlighted that “the labor market remains strong” and that “economic activity has been rising at a moderate rate.”

There was no new guidance provided about the Fed’s current monthly buying of $60 billion of U.S. Treasury bills that ensures there is enough short-term liquidity. This practice will remain until April.

No direct mention was given to the coronavirus outbreak in China and its potential economic fallout.

In a separate technical adjustment, the Fed raised its rate on excess reserves to 1.60% from 1.55%.

Economists at CIBC Capital Markets said that the move does not represent “a change in the stance of monetary policy, rather it is just a technical adjustment meant to guide the rate back to the midpoint of the target range.”