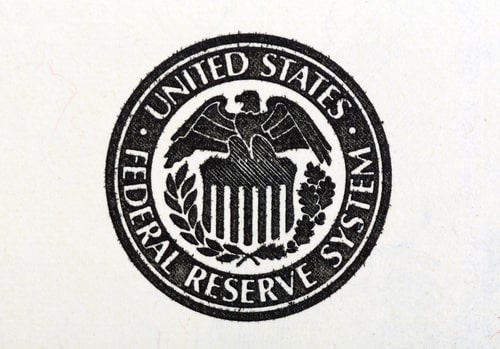 Powell spoke about concerns around consistently low inflation, the labor market, and the repo market.

Powell also cited weaker U.S. investment demand and exports, which pushed U.S. stock market off its earlier highs and in return gave gold a boost up. February Comex gold futures were last at $1,575.20, up 0.34% on the day.

The Fed kept interest rate in a range between 1.5% and 1.75%. The decision came after the Fed lowered rates three times last year, deciding to stay pat on rates as well in December.

The statement, released on Wednesday afternoon, had only two minor changes from the December meeting. The first was saying that the household spending has been rising at a “moderate” pace instead of a “strong pace”. And the second was that monetary policy will support inflation returning to 2% instead of near 2%.

“We wanted to underscore our commitment to 2% not being a ceiling, to inflation running symmetrically around 2% and we’re not satisfied with inflation running below 2%,” Powell said during the press news conference.

#POWELL LIVE: We are not comfortable with #inflation running persistently below the 2% target | #FED | pic.twitter.com/cVBekHefas

When speaking about the Fed’s current monthly buying of $60 billion of U.S. Treasury bills, Powell said that the purchases have been running smoothly and that the size of repo operations will eventually be adjusted.

The “new normal” for the central bank might be “ongoing global disinflationary trends”, flat Phillips curve, and “much lower neutral real interest rates” in the U.S. and around the worlds, added Powell.

When asked about the coronavirus, Powell said that the Fed is “carefully monitoring the situation” and that the virus is at its early stages. He also noted that the coronavirus will likely lead to “some disruption” of activity in China and possibly globally.

#POWELL on the #coronavirus: Situation is in its early stages … We are very carefully monitoring the situation” | #FED LIVE | pic.twitter.com/cDSfRNm1gj

Powell got many questions about the Fed’s T-bill purchases. He commented that there might be a role for a standing repo facility in the future, but more discussions will need to be held first.

In terms of resevre levels, they will need to be at a high enough level to remain ample, noted Powell, stating that $1.5 trillion would be the bottom end of the range.

When speaking about the labor market, Powell said that it is performing well, but added that is a bit surprised that the wages haven’t’ risen more given the low unemployment rate.