(Kitco News) - Gold prices moved little after Labor Department data Thursday showed that initial weekly U.S. jobless claims fell by 7,000 to a seasonally adjusted 216,000 in the week to Saturday. Spot gold was last up by 60 cents to $1,577 an ounce.

Consensus expectations compiled by various news organizations had called for initial claims to be around 215,000 to 218,000. The government revised the prior week’s tally to 223,000 from the previously reported 211,000.

The data came out at the same time as the government was reporting that U.S. gross domestic product rose 2.1% during the fourth quarter.

Meanwhile, the four-week moving average for new claims – often viewed as a more reliable measure of the labor market since it smooths out week-to-week volatility – was down by 1,750 claims to 214,500.

Continuing jobless claims, the number of people already receiving benefits and reported with a one-week delay, decreased by 44,000 to a seasonally adjusted 1,703,000 during the week ending Jan. 18, the government said. 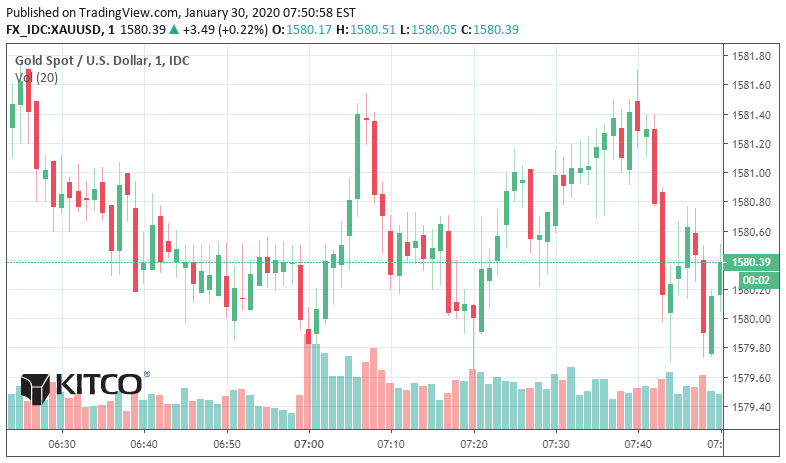