Is gold price ready for a breakout? Here’s what the markets are watching next week 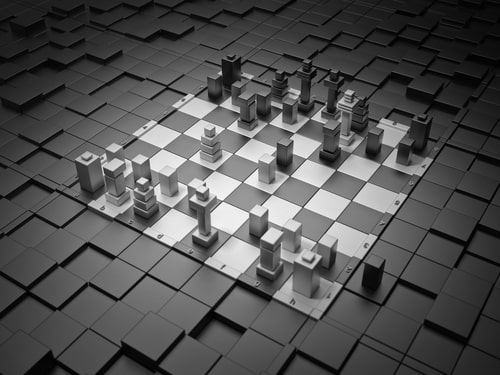 (Kitco News) Have the coronavirus fears peaked this week? Analysts are warning that all additional gains gold made on those fears will dissipate, but gold will rise on a different driver altogether.

Gold looks strong above the $1,570 an ounce level amid fluctuating stock market and a robust U.S. dollar. The $1,550 is the new floor in gold that is holding well, said Blue Line Futures chief market strategist Phillip Streible.

“We are close to breaking out. I think we are going to match those old highs at $1,620,” Streible told Kitco News on Friday.

The World Health Organization declared the coronavirus a global health emergency on Thursday, while at the same time calming the markets.

“WHO threw water on the fire by saying that it is mainly isolated to China and that the only deaths have occurred in China and that other countries are ahead of the curve on medical treatment,” Streible said. “The virus will continue to spread but the number of deaths will not escalate substantially. They put the breaks on gold’s rally Thursday. The U.S. equities keep attracting more and more funds.”

Gold has managed to hold onto gains despite rising equities this week, which points to loss-aversion type of trading, said TD Securities commodity strategist Daniel Ghali.

“There is quite a bit of underlying investment demand for gold with prices trading near multi-year highs, equities also near all-time highs and the dollar quote strong in the last few weeks,” said Ghali. “We are operating in an environment in which safe assets are scarce … Investment demand will continue to flow to gold because capital is seeking shelter from negative real yields.”

Analysts have been busy trying to put a numeric value on the coronavirus fallout this week. On Friday, Capital Economics took another look at the potential economic impact.

China’s economy is said to be hit the most, but a broader economic impact is not ruled out, the report said.

“The extensive efforts to contain the coronavirus will cause GDP growth in China and emerging Asia to slow sharply in Q1. We still hope the economic and market disruption will prove temporary. But, given China’s prominent position in global supply chains and some financial assets’ stretched valuations, there could be global economic fallout if factory closures are extended further and the market sell-off deepens,” wrote Capital Economics global economist Simon MacAdam.

Powell said that the Fed is “carefully monitoring the situation” and that the virus is at its early stages. He also noted that the coronavirus will likely lead to “some disruption” of activity in China and possibly globally.

The Fed chair sounded dovish on Wednesday, highlighting that the central bank is worried about persistently low inflation. Friday’s U.S. inflation data continued to disappoint the Fed as core inflation, which is the central bank’s preferred measure, remained below the 2% target by running at 1.6% in December, meeting market expectations.

This slight dovish shift could be gold’s biggest driver going forward, especially if it will be mirrored by other central banks around the world, according to analysts.

“At the margin, Powell was slightly dovish, particularly his comments on inflation. He seemed to stress that the Fed was increasingly concerned that inflation is continuing to undershoot the target. That reinforces our view that interest rates are not going to be raised again for a very long time,” said Capital Economics U.S. economist Andrew Hunter.

Analysts are also not ruling more accommodative measures from the Fed, including being more active in the repo market and continuing to expand the balance sheet. “That should all be supportive for gold,” Streible said.

All eyes will be on China’s central bank this year as it might be forced to ease following the coronavirus impact on the economy.

“Markets will be looking at demand destruction that was the result of the virus and how countries are going to play it going forward as far as taking down rates even lower to try and spur economic growth,” Streible noted. “Over the last year, we saw 80 different rate cuts from central banks and that theme will continue. China has been crippled and they will need to be more accommodative. And if China slows down, who are its biggest trading partners? It is a continuing ripple effect from one country to the next.”

Does all of this mean that gold is ready for a breakout and a move to $1,600 an ounce?

“We are seeing a soft pivot from central banks as they raise the bar for tightening monetary policy,” Lawler said. “I think that creates a good environment for gold.”

Some analysts, however, do warn of a short-term pullback in gold. “Even though the coronavirus is still spreading, markets are turning their attention elsewhere,” said Gainesville Coins precious metals expert Everett Millman. “My expectation is that gold will test $1,560 and we’ll see where it goes from there. It looks overextended.”

The Dutch bank ABN Amro also published a report this week warning of a possible price correction in the coming weeks while remaining bullish on the yellow metal long-term.

“Prices have advanced already significantly … Gold prices are at our September target, silver at the December target and platinum at our June target,” the Dutch bank’s senior FX & precious metals strategist Georgette Boele said. “We continue to expect a price correction in the coming weeks and months.”

There are a few key macro data releases scheduled for next week, including U.S. ISM manufacturing numbers and U.S. nonfarm payroll figures.

“The nonfarm payrolls are the important one to watch on Friday. The ISM manufacturing will be key on Monday. Economists’ expectations are calling for a little bit of a bounce closer to the 50 mark, which would signal that we are getting closer to the end of the contraction in the manufacturing sector,” Ghali said.

Chinese manufacturing PMI and industrial profit are also scheduled for Monday. “Those are the key highlights for next week,” Ghali added.

Hunter expects U.S. data to come out reasonably strong. “Generally, recession risks in the U.S. have faded in recent months. At a global level, we are expecting a gradual recovery in growth,” he said.

Another important event to keep an eye on next week is Monday’s Iowa caucuses, in which 2020 Democratic presidential hopeful Bernie Sanders is leading in the polls, added Hunter.

“It doesn’t mean he’ll win the nomination, but there is a potential for markets to start worrying about that,” he said.