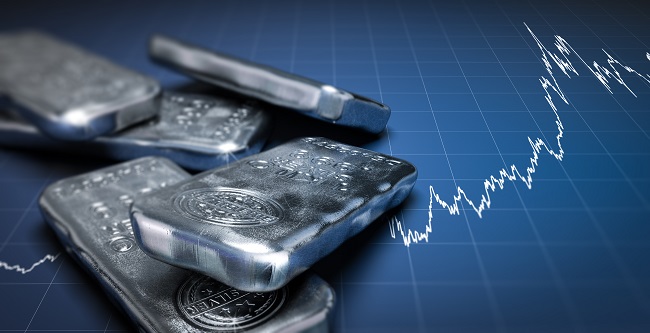 (Kitco News) - The growing threat of the coronavirus is slamming  silver and other industrial commodities, according to some commodity analysts.

In a telephone interview with Kitco News, Bart Melek, head of commodity strategy at TD Securities, said that the spread of the virus is prompting many economists to reevaluate their growth expectations for the year.

Neil Schearing, group chief economist at Capital Economics, said that the growing outbreak has the potential to cause severe economic and market dislocation.

“But the scale of the impact will ultimately be determined by how the virus spreads and evolves, which is almost impossible to predict,” said Schearing. “The greater the disruption in China, the more likely it is to spread overseas. Given that we’re ten years into a global equity bull market, the potential for the virus to trigger a significant market correction is much greater now than it has been during previous epidemics,”

Silver is currently the worst performing asset among all precious metals. March silver futures last traded at $17.62.7 an ounce, down 2% on the day. Meanwhile West Texas Intermediate (WTI) crude oil is taking the brunt of shifting growth expectations with prices dropping to $50.44 per barrel, down 2.17% on the day.

Mike McGlone, senior commodity strategist at Bloomberg Intelligence, also said in an email to Kitco that he expects decelerating Chinese GDP as a key factor pressuring silver. Along with oil, McGlone said that silver will continue to struggle as the U.S. dollar remains strong and copper prices remain weak.

Although silver is seeing some strong selling pressure, analysts aren’t ready to give up on the precious metal. Melek said that weak growth concerns are a double edged sword because it hurts industrial demand but improved silver outlook as a monetary metal.

“If the global economy weakens we would expect central banks will starting lower interest rates again,” he said. “Silver will eventually get a bit of a hand up as gold prices rally.”

“I expect silver to continue to be dragged higher by gold and not outperform until the dollar peaks and copper bottoms,” he said.

The Chinese government is already stepping in to support their financial markets, which were rocked lower Monday after investors returned from their week-long Lunar New Year’s holiday.

Amid the sharp selloff the People’s Bank of China pumped 1.2 trillion yuan ($173.81 billion) into money markets, the largest move since 2004, according to media reports.

According to the latest media reports the more than 17,000 people in China have been diagnosed with the coronavirus. More than 300 people have died after contracting it.