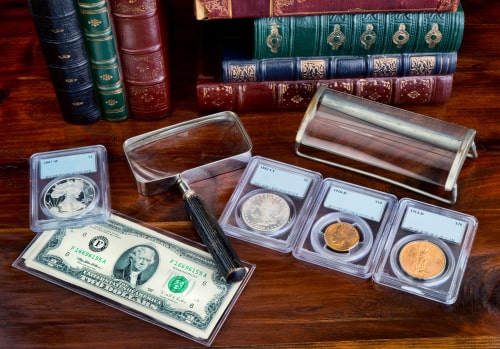 (Kitco News) U.S. Mint gold coin sales saw a strong recovery in January after the weakest year on record in 2019.

The big story last year was contrasting sales between The Perth Mint of Australia, which saw a surge in gold coin sales, and the U.S. Mint, which reported dwindling sales throughout the year.

The latest data from the U.S. Mint, however, show a significant recovery with gold coin sales beginning the year with a bang. Important to note when looking at these numbers is that January is traditionally the strongest month of the year for the U.S. Mint.

A total of 60,000 ounces of the gold American Eagle coins were sold in January, which is a staggering increase of 2,900% from the previous month that saw only 2,000 ounces sold, according to the U.S. Mint data. This also marked the most ounces sold on a monthly basis since January 2019, which stood at 65,000.

From the silver side of things, the U.S. Mint sold a total of 3,846,000 one-ounce American Eagle coins in January, which is a massive uptick from zero ounces sold in December and 463,000 ounces sold in November.

In comparison, The Perth Mint reported selling 48,299 ounces of gold coins and minted bars in January, which is 39% lower than the December total of 78,912 ounces sold.

The gold price likely had nothing to do with a surge in sales in January as the yellow metal started the year off on a strong note, with spot gold briefly trading above $1,600 an ounce at the beginning of January.

In 2019, U.S. gold coin sales struggled as the U.S. Mint reported the worst year on record in terms of the American Eagle gold coins sales despite gold seeing the best year in nearly a decade.

One of the reasons for the higher gold price and weak bullion demand was investors choosing to hold gold in other forms, such as gold-backed ETFs and futures, according to analysts.

“It was mainly professionals, hedgers and you had a lot of buying from South America,” RBC Wealth Management managing director George Gero told Kitco News back in December. “Money that normally could have gone into gold coins ended up going into gold ETFs or gold futures.”

The Perth Mint, on the other hand, attributed its 2019 year-end surge in gold coin sales to Germany, which was behind most of the purchases.

Gold coin and minted gold bar sales from December showed a 45% uptick compared to the previous month. There was a total of 78,912 ounces of gold coins and minted bars sold in December, marking the highest monthly increase since October 2016, The Perth Mint said in December. The year-over-year comparison shows that sales were up 170%.

“We were happily surprised by the numbers in December. Just bear in mind, most of these sales have actually gone into Germany,” Neil Vance, Group Manager Minted Products at The Perth Mint, told Kitco News.

Germany had a new law that came into effect on January 10, which limited the anonymous gold purchase buying from EUR €10,000 to EUR €2,000. “That may explain part of the reason why December was quite large,” Vance said.