Has coronavirus peaked? Gold prices find support in the fallout 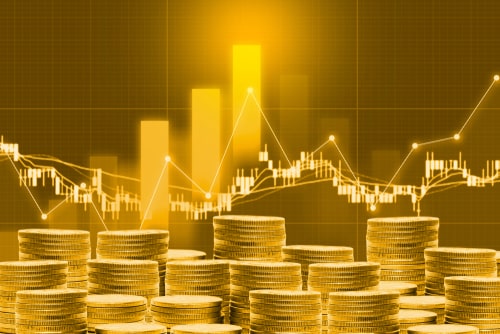 (Kitco News) With the number of new coronavirus cases slowing, gold prices are focusing on an economic fallout from the virus as traders keep the gold bid alive.

Gold surprised the markets on Friday as traders bought the dip and prices climbed above $1,570 an ounce level. At the time of writing, April Comex gold futures were trading at $1,571.50, up 0.10% on the day, but down 1% on the week.

The big news this week, aside from the coronavirus updates, was the U.S. employment report, which surprised on the upside with 225,000 new jobs created in January. The unemployment rate ticked up to 3.6% on an increased participation rate.

"All the news was good. January's gain was well above expectations. To some extent, it was probably weather-related. This was the fifth warmest January on record," Capital Economics chief U.S. economist Paul Ashworth told Kitco News on Friday.

U.S. economy is still expected to grow around 2% on an annualized pace and then accelerate in the second half of the year, stated Ashworth.

"Employment numbers fit with the idea that growth will accelerate gradually this year. It is not going to be dramatic. In the first half, we got the disruptions caused by production of Boeing being put on hold and also indirect impact coming from the coronavirus in China," he said.

"Whatever news we get on the virus will determine the direction of the price. In the last couple of days, the number of infections has been lower. Potentially, we are looking at something that can be brought under control fairly quickly," Bain said. "If that were the case, I could see gold falling back."

WHO director-general Tedros Adhanom Ghebreyesus confirmed on Friday that the number of new cases is slowing.

It is looking more and more like the fears have potentially peaked and the focus is shifting to economic fallout, according to analysts.

"Given that most of the travel links have been severed between China and other countries, chances of epidemics breaking out, at least in bis western economies, is pretty low. For now, it looks like the number of new cases in China is beginning to drop off, in which case fears should be fading and the stock market should be beginning to rally for those reasons," Ashworth said.

Attention is shifting towards the impact on China's production and how it will affect global growth in general.

"We've got Chinese production closed for a week at the moment. And if that was extended, it would begin to cause more damage, particularly through global supply chains. At the moment, it appears to be fairly limited," Ashworth pointed out.

But as long as uncertainty remains, gold will remain supported, Bain said. "There is so much uncertainty still: both the virus itself and the economic impact, which is even less clear. As long as that uncertainty is there, the price of gold will be supported," she noted.

Gold is looking at what central banks will do next

Investors should be monitoring what central banks around the world are doing in response to the coronavirus as any additional easing will boost the case of holding gold long-term, said Rhona O'Connell, INTL FCStone head of market analysis for the EMEA and Asia regions.

"The potential industrial fallout from coronavirus is already leading a number of governments to cut interest rates or add to easing activity, while the U.S. 10-year bond has been dipping in and out of negative territory. This is all positive for gold in a risk-averse environment, although by definition we cannot know for how long it will be before this outbreak is controlled," O'Connell wrote on Wednesday.

Some Asian governments began to react this week. Thailand has already cut rates to a record low of 1.0% for its benchmark rate, citing that a large number of businesses would be affected by the coronavirus. The Philippines' central bank also cut rates this week by 25 basis points to 3.75% in response to the coronavirus.

"If we are looking at prolonged epidemic, then one would imagine that central banks would cut rates and it would be another factor supporting the gold price," said Bain.

McKay sees price heading a bit lower next week as positioning in gold is looking "really extended," said McKay while ruling out a big selloff in the short-term.

"Positioning is also very important and we are really extended on the long end of things. Given it is a fairly crowded trade, it leads to fairly range-bound markets. We tend to have fewer people buying in when we rally like this, mainly because traders are already maxed out in positioning," he told Kitco News. "Given the stronger fundamental outlook in light of a dovish Fed, you are unlikely to see those longs shake out significantly."

Some analysts are more bullish on gold next week. Blue Line Futures chief market strategist Phillip Streible sees gold rising to $1,590 an ounce level. "The coronavirus scare will continue to be the underlying support," Streible said.

The precious metal will also be paying more attention to the other fundamental stories, such as the repo market.

"The repo market has been really supportive of gold futures. As these hedge funds are trading in Treasuries for short-term cash lendings and sticking that money into risk assets. And with the U.S. equities having a small set back, gold futures could be the other product that they go into."

Thursday's U.S. inflation report and Friday's retail sales will be the two key reports to keep an eye on next week.

Inflation is the key narrative for the Federal Reserve, which promised to be patient when it comes to letting inflation overshoot. This makes a very compelling case for holding gold this year, noted McKay.

"Ultimately, we had a prolonged period of time of undershooting on inflation and the Fed has communicated pretty clearly that they would be willing to let inflation overshoot for some time. This lends a bullish view to gold for the remainder of the year," he said. "The Fed's willingness to cut and not so much their willingness to increase is one of the more bullish factors for gold this year."

On the one hand, if the Fed cuts due to derailed growth following a coronavirus shock, "lower interest rates would be good for the gold market," said McKay.

On the other hand, if there is better growth and inflation accelerates, the Fed would still be unwilling to increase rates. "Then you have very suppressed real rates environment and potentially negative real rates and gold is a fantastic hedge for that environment," added McKay.