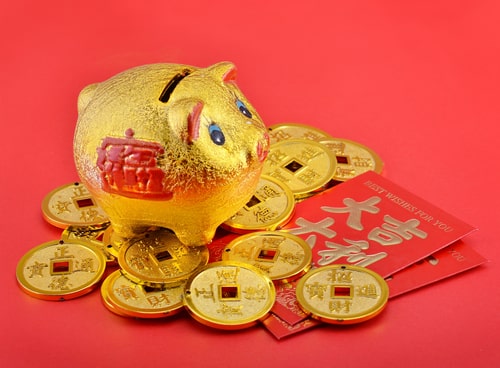 (Kitco News) The upbeat December gold imports number out of China is just a temporary relief before a steep drop in gold demand this year due to coronavirus fears and growing economic uncertainty, according to analysts.

Capital Economics described China’s positive December gold imports, which were around 150 tons, as “a flash in the pan.”

“The latest data from China’s customs authority showed that imports of gold increased three-fold in m/m terms in December. This tallies with a seasonal pick-up in jewellery demand in the run-up to Chinese New Year,” wrote Capital Economics commodities economist Alexander Kozul-Wright.

This surge in demand will not hold in China, said Kozul-Wright, citing high local-currency gold prices and slower economic growth in China.

“Looking ahead, we expect high local-currency prices in India coupled with a slowdown in Chinese economic growth to curb physical demand for gold in 2020,” the economist wrote on Tuesday. 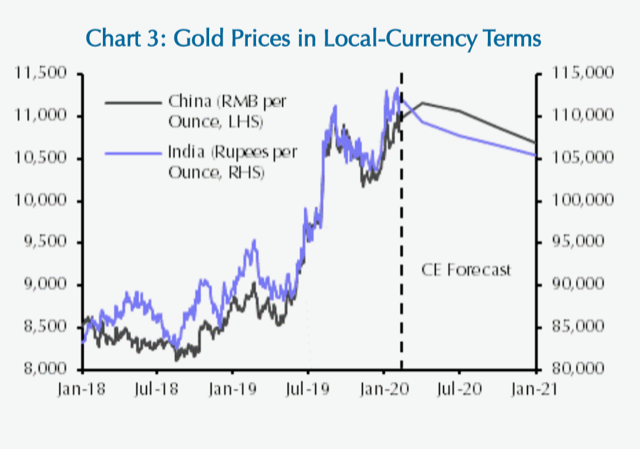 Goldman Sachs has also slashed its 2020 forecast for China’s GDP to 5.2% from 5.8%, while shaving off about 2% of annualized growth off this quarter.

China’s physical demand first took a hit in May of last year when gold prices surged in local currency terms and demand in Q2 dropped 27%.

“While there has been a gradual improvement since, the year as a whole was down by a combined 15% against 2018, to 848 tons,” said Rhona O’Connell, INTL FCStone head of market analysis for EMEA and Asia regions.

Due to higher gold prices mixed in with coronavirus uncertainty this year’s Chinese New Year celebrations were “very subdued” when it came to gold purchases, O’Connell wrote on Tuesday.

“The change in price range has taken a much longer time than usual for price-elastic consumers to re-adjust, as economic uncertainties have kept buyers on the sidelines,” she described.

It will take time for China to recover from the coronavirus with gold demand projected to fall about 10% in 2020, said O’Connell.

A large portion of gold jewelry demand in China is based on “an adornment” factor rather than “an investment” opportunity, O’Connell pointed out.

“This section of the market is likely to take more time to recover as consumers keep their powder dry—especially while the population remains in lockdown in a number of regions with the government restrictions on travel and logistical issues, along with workers not back from New Year’s travel (only 20% have come home so far),” she noted. “We would expect to see another contraction in gold demand this year and a further 10% reduction is perfectly possible.”