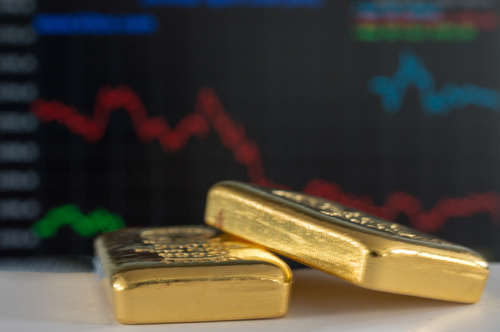 (Kitco News) - Optimistic comments from Federal Reserve Chair Jerome Powell is weighing down gold prices but one market analyst expects to see further strength in the precious metal in the long term.

In a telephone interview with Kitco News, George Milling-Stanley, chief gold strategist at State Street Global Advisors, said that gold has been building a solid base after breaking out of a six-year range in 2019. He added that the market is currently looking for its next catalyst.

One factor Milling-Stanley said that he is watching that could ignite the next rally is a potential correction in equity markets.

He noted that gold has performed relatively well in the new year, holding critical support above $1,550 an ounce in the face of record valuations in equity markets. April gold futures last traded at $1,569.10 an ounce down 0.66% on the day.

“When equities go up, gold prices can go up, down, or sideways,” he said. “However, since the financial crisis, every time equities have gone down, gold has provided some support and I think that is something investors are paying closer attention to in the current environment.”

Despite strong optimism surrounding the health of the U.S. economy, Milling-Stanley said that he thinks investors are ignoring growing risks, including the fact that trade issues still aren't completely resolved and could still weigh down economic activity.

In an environment of unprecedented uncertainty, Milling-Stanley said that he sees gold prices continue to trade between support at $1,400 and $1,600 an ounce. He added that his bullish outlook sees gold trading between $1,450 and $1,700 an ounce.

“Given the moves we have seen in January, my bull case may prove to be a little too conservative,” he said.

Along with strong investment demand, Milling-Stanley said that he also expects to see prices supported by renewed jewelry demand in emerging markets, and further interest from central banks.