(Kitco News) - Earnings season for the fourth quarter is kicking off in the gold-mining sector, and market watchers are relatively upbeat on prospects for bottom lines and free cash flow since the price of gold itself was higher. 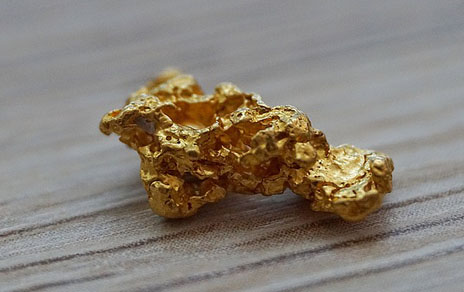 And, one observer said, companies should do even better in the next go-around since the price of gold has risen further in the first quarter of this year.

A handful of companies have already announced fourth-quarter results. But the calendar picks up in earnest Tuesday, when heavyweights Barrick Gold Corp. and Kinross Gold Corp. report, followed by Agnico-Eagle Mines Ltd. and Yamana Gold Inc. on Thursday. Newmont Corp., now the world’s largest producer after acquiring Goldcorp last year, is scheduled to release its earnings on Feb. 20.

“We expect another quarter of strong FCF [free cash flow] for the senior gold producers,” said a research note from Credit Suisse, pointing out that gold prices averaged around $1,480 an ounce during the fourth quarter.

By contrast, spot gold finished the fourth quarter of 2018 around $1,282 an ounce. Typically, most companies – inside and outside of the gold sector – compare their results to the same period from a year earlier, which helps remove the impact of any seasonal factors.

“From an earnings standpoint, I’m just hoping companies can just meet or beat their guidance that they’ve given to the Street,” said Ralph Aldis, co-portfolio manager of U.S. Global Investor’s two gold mutual funds “That would be a very good scenario.”

And, he continued, companies are normally “pretty cognizant about not having too-robust guidance out there that they can’t hit.”

The average gold price that miners receive tends to track the spot price closely, said Matt Badiali, senior analyst with Banyan Hill Publishing, who writes for a subscription-based newsletter aimed at retail investors. So considering the average gold price was $1,474 in the third quarter and $1,483 in the fourth, he does not expect to see a “huge leap” in quarter-on-quarter revenues for the final three months of the year.

However, he continued, that is likely to change when first-quarter results are released this spring. As of when Badiali spoke with Kitco News, gold had averaged $1,560 an ounce so far in the January-March period.

“Assuming the gold price holds steady around this price, I’m expecting a much stronger first quarter than I am the fourth quarter,” Badiali said.

For one thing, that $1,560 average for January-March so far would mean a substantial year-on-year jump in revenue from when prices were in the $1,300 neighborhood in the first quarter of 2019.

“Most of that extra cash per ounce should go directly to the bottom line,” Badiali said. “It’s going to really make these guys shine in terms of profitability.”

Aldis commented that the price of gold itself is the main factor that drives shares of gold-mining companies, more-so than earnings reports. “If the gold price changes, that is going to change the earnings,” Aldis said.

Maybe one outcome that is important for companies is to avoid volatility in earnings, where quarters with strong results are not followed by weak ones that leave investors disappointed, he said.

“I think the mantra is slow and steady and don’t have too much volatility,” Aldis said.

Most output results already out

Credit Suisse pointed out that most producers have already released their production results for the fourth quarter, so there will be little surprise from investors on this front.

As the result, “companies that could surprise” the most during earnings season would be those like Kinross that have not pre-released either fourth-quarter output or 2020 guidance, Credit Suisse said.

“Aside from financial results, companies will be releasing updated reserves and resources, which for companies that have already pre-released operational results, could move the stock,” Credit Suisse added.

“We might see some dividend hikes, which I think would be positive for some of these companies,” Aldis said.

He pointed out that Newmont has already done this. The company announced in early January that it would increase its quarterly dividend by 25 cents a share, or $1 per year, starting with the first-quarter dividend in April.

Dividend hikes would be attractive to investors even if they are “modest” rather than huge, Aldis continued. “That helps attract generalist funds to the sector,” he said.

The lack of actions such as dividend hikes and stock buybacks held back share prices of producers during the last big gold bull-market run when companies instead were racking up debt or “diluted their shareholders to pieces,” Badiali said. Back then, many investors expressed dismay about a rush to increase gold ounces rather than focusing on profitability per ounce and returning cash to shareholders.

Higher dividends, Badiali added, might be a temptation to trigger buying from retail investors who might otherwise not be paying a lot of attention to gold producers, instead looking at companies in other sectors, such as Telsa.

Aldis sees another benefit for shares of companies that have dividend strategies.

“If they have a dividend strategy, I think that makes them more disciplined in what they do,” he said.

Badiali commented that “share buybacks are a beneficial use of excess cash or capital right now.” Nevertheless, Aldis does not look for many of these. Most companies probably do not have substantial cash on their balance sheets to do this, although some have undertaken buybacks, he said.

“I think they would be more likely to try to build cash to have some cash available for an acquisition,” he said.

Badiali said he will be watching producers’ costs closely, expressing concern about a “sneaky cost creep” higher so far this year. Previously, companies had to become “lean and mean” when gold prices fell from above $1,900 an ounce in 2011 to below $1,100 in 2015.

“When the gold price comes back up...what you hope is that the surviving companies are ‘grown up now,’ and the ones that are left understand that you can’t dramatically expand your cost basis again to chase the gold price,” Badiali said.

However, Badiali said, past earnings statements from companies like Newmont and Barrick show that costs per ounce rose between the first and third quarters of 2019. He is hopeful that this trend will not continue.

“That is something I’m actually going to look at company by company,” Badiali said. “For companies like Newmont and Barrick, no, I don’t expect them [costs] to go up. If they do, I’ll be pretty disappointed.”

Further, he continued, investors want to see companies “gushing cash” during good times, when gold prices are rising. Yet some companies were “negative” on a cumulative basis during the first three quarters of 2019, Badiali continued.

Aldis did caution that whereas there is an expectation companies will be more profitable when gold prices rise, producers also get hit by price increases from vendors and suppliers. Meanwhile, he tended to downplay data on both prices and free cash flow since they can be manipulated to a certain extent by companies.

“Just show me the returns,” he said.

Gold price is not out of line with fair value, lots of upside potential – Charlie Morris