800 rate cuts on and investors throw money at everything: BofA

Bond funds saw their biggest weekly inflows ever, while equity funds pulled in $12.5 billion in the week to Wednesday, mainly driven by technology and emerging market stocks as fears over the impact of the coronavirus eased.

Risk assets such as the U.S. benchmark S&P 500 .SPX and the pan-European STOXX 600 indexes set fresh records in the week, driven by ultra-loose monetary policy and a thriving tech sector.

BofA’s chief investment strategist Michael Hartnett said the bank remains “irrationally bullish” in the first quarter as positioning is not yet “euphoric”.

The S&P 500 is currently trading at a 12-month-forward price-to-earnings ratio of 18.8, well above its 30-year average, and Hartnett recommended his clients sell stocks when the ratio crosses 20.

Tech stocks have been the biggest drivers of the index’s surge over the last decade, even though the U.S. Federal Trade Commission has recently raised concerns that companies such as Apple (AAPL.O), Facebook (FB.O) and Amazon (AMZN.O) are unfairly engaging in potential anti-competitive behaviour.

BofA said a 25 basis point rate cut in Mexico on Thursday was the 800th rate cut by global central banks since the collapse of Lehman Brothers in September 2008. 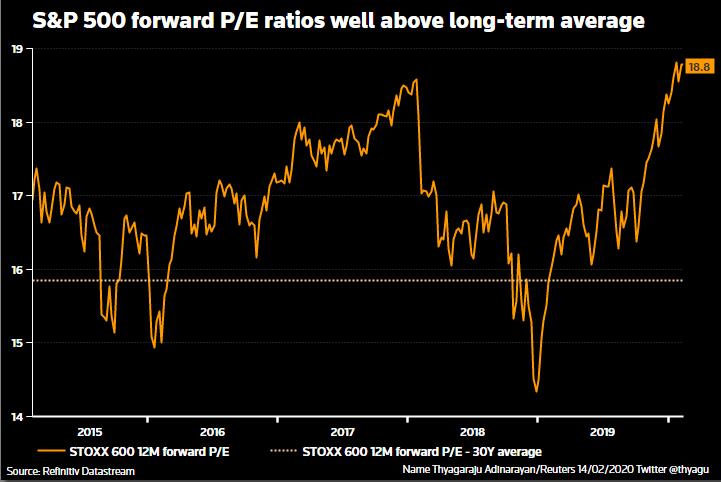 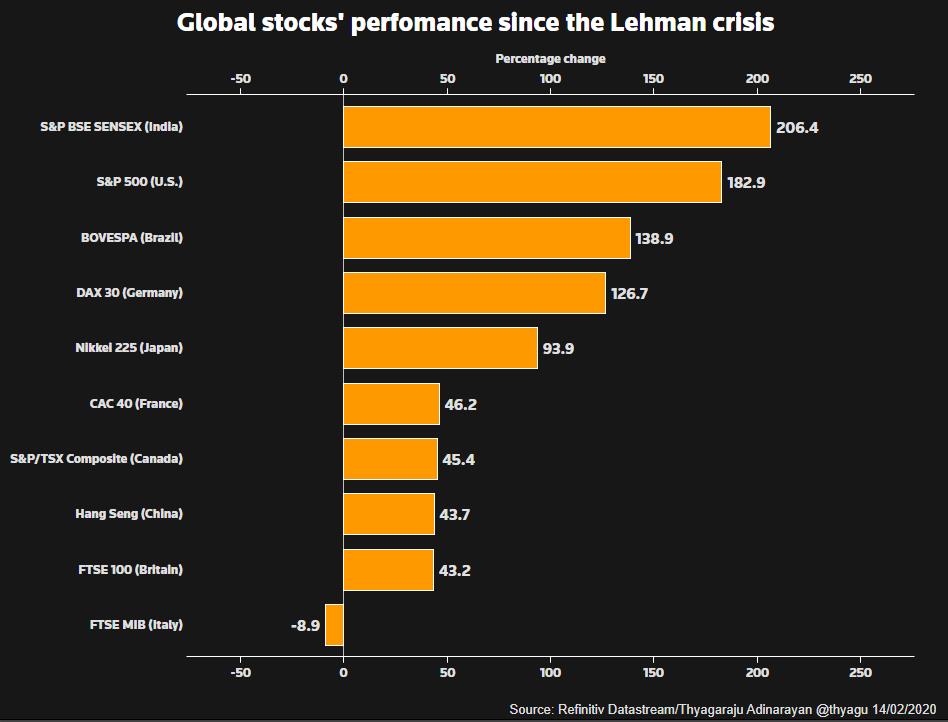 Oil falls over 2% on concerns over economic toll from virus

ECB watching for unwanted side effects of negative rates: Lane