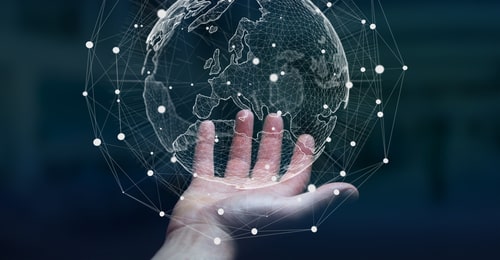 (Kitco News) With gold trading at the higher end of its narrow trading range, analysts say that a coronavirus-related shock event could trigger a rally into $1,600 an ounce and higher.

Without a shock event, gold is likely to remain between $1,550 and $1,590 an ounce as the professional sector keeps the precious metal bid alive amid plenty of uncertainty left in the market.

“For gold really to move, it would be some kind of exogenous shock, which might push it higher,” Rhona O’Connell, INTL FCStone head of market analysis for EMEA and Asia Regions, told Kitco News on Friday.

The biggest risk to watch with coronavirus is a possibility that it could trigger a “black swan” event in China or elsewhere in the world said Capital Economics head of Global Economics Service Jennifer McKeown and assistant economist Bethany Beckett.

“Such events are, by definition, difficult to predict, but we can think of a few possibilities. We have long warned about risks to the Chinese property sector, related particularly to high levels of debt. Sales have already ground to a halt and, if they fail to pick up soon, the resulting pressure on property firms could trigger a wave of defaults,” the economists said on Friday.

“A collapse in the Chinese property market would have direct ramifications for commodity exporters, including Australia and Brazil. But it might also spark a more general increase in risk aversion and associated financial market disturbance,” they added.

When it comes to gold, there is a lot one can learn by looking at the tight range the precious metal has been in for the past few weeks, forming a triangle formation, said O’Connell.

“You can draw lines on the chart of the declining highs and the rising lows, which points to a triangle formation. Once a commodity has broken decisively out of a triangle formation, there tends to be a reasonably large move, usually of the sort of magnitude of the base of the triangle,” she noted.

Gold’s resistance is still at $1,600 and prices are staying close to that level, which is encouraging, said Gainesville Coins precious metals expert Everett Millman.

“Anything that takes us above $1,585 is bullish and could get us to $1,600,” he told Kitco News. “Really, it is just building up safe-haven demand that hasn’t broken that dam yet, but it is still there.”

Aside from an external shock, O’Connell is neutral on prices with a tilt to the downside, citing weak physical demand, which will fail to support gold prices once the professional market decides to sell off.

“The mood at the moment, with no physical demand coming out of China, which is normally the world’s largest consumer, [is that] there is a bit of a vacuum lying below it, in terms of the physical market. It is the professionals that drive it in the short-term. But if it comes under any pressure… bargain hunting would have to come from the professional sector,” she described.

If gold does not move into the $1,590s and higher, investors might start to question why it is not going higher and might begin to liquidate, O’Connell added.

All about interest rates

At the end of the day, gold is watching how central banks deal with the adverse economic effects of the coronavirus and how much they choose to ease, which is always positive for gold.

Federal Reserve Chair Jerome Powell testified to Congress and Senate this week, hinting that if the U.S. economy does begin to slow due to external factors, he will not have much room to maneuver as rates are already pretty low, said O’Connell.

“Powell started flagging up that Congress might want to start thinking about potential fiscal activity … The point Powell is making is that rates are pretty low and if the economy does start to look like it was going into recession… there isn’t much room to maneuver and [he] might need fiscal policy to kick in. That in an election year is going to be something very interesting to watch,” O’Connell pointed out.

It is no longer a given that the Fed will just stay pat on rates this year, which will be key to watch during the March monetary policy meeting, Millman noted.

“Everybody was set on rates not going anywhere, but we do have a lot of reasons to believe that they are going to have to cut soon. Seeing what happens in March is going to be crucial for the gold market, at least in the medium term,” Millman said.

As of Friday afternoon, the CME FedWatch tool was estimating only a 10% chance of a rate cut in March. But, the chances for a rate cut go up to 41.5% in September.

A stock market correction may hit in the springtime, is the Fed prepared to react? What will happen to #gold? Peter Hug weighs inhttps://t.co/j75VCEhMrl@DanielaCambone #gold #equities #investing #KitcoNews

Many analysts are neutral on gold next week because of the slate of data released this week and the three-day weekend that follows with the President’s Day holiday on Monday.

“The holiday on Monday is going to lower volumes for the week. We had a lot of economic data come out Friday and I think markets will need time to digest all of that,” he said.

The biggest event next week will be the FOMC minutes from January’s meeting, which are due to be released on Wednesday afternoon.

“We get the minutes FOMC minutes, which as always will be something interesting to watch. The theme that the bar for the Fed to hike is far higher than for it to cut will likely still be eyed,” said TD Securities commodities strategist Daniel Ghali.