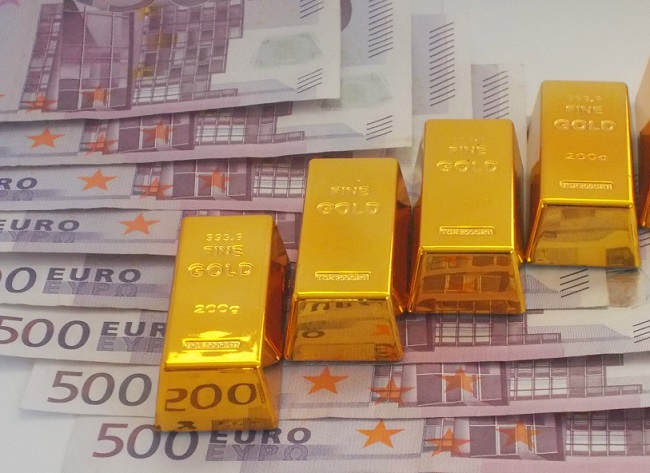 (Kitco News) - The juggernaut gold market is making its presence felt in currency markets as it hits new record highs against the euro and Japanese yen.

According to some market analysts, the new highs in gold against two major currencies is a further sign of gold's growing investment appeal as a safe-haven asset.

Marc Chandler, managing director at Bannockburn Global Forex, said that gold does look like an attractive asset compared to European and Japanese bonds. However, he added that the record highs the yellow metal has marked against the two currencies have more to with structural issues in the euro and yen

At the same time, the U.S. dollar continues to trade at the top of its range against the yen.

"The dollar's rally has been extremely impressive this year," Chandler said. "The rally we see in gold is just a function of weakness in the other currencies."

Mike, McGlone, senior market strategist at Bloomberg Intelligence, agreed that the record highs in gold in other currencies are a reflection of growing weakness in the forex market.

"Currency debasement is typically a primary force for advancing the price of the benchmark store of value, but it's less about the price of gold advancing and more likely reflects the value of paper currency in decline," he said in a report Friday.

However, McGlone said that it could be only a matter of time before the U.S. dollar takes a hit. Although the U.S. dollar has shown impressive strength so far in 2020, it has not shaken bullish sentiment in the gold market. Gold has held critical support around $1,550 in the face of a stronger U.S. dollar.

McGlone said that any equity market correction could be the trigger that pushes gold back to its 2011 all-time highs.

"It may be a matter of time before gold revisits its peak of about $1,900 an ounce, guided by an extension of record highs in the metal when denominated in other major currencies, notably the euro," he said.

Although Chandler isn't paying a lot of attention to gold's move in other currencies, he said that he remains bullish on the yellow metal, reiterating his call for prices to push to $1,700 an ounce. He added that gold remains an attractive asset in a world with bond yields falling further into negative territory in an environment of heightened global geopolitical uncertainty.

Gold is not just resilient against the U.S. dollar; it is also holding up despite record valuation in U.S. equity markets. April gold futures last traded at $1,584.50 an ounce, up 0.36% on the day.