End of bear super-cycle? 'Gold breaking away from the pack' - Wells Fargo 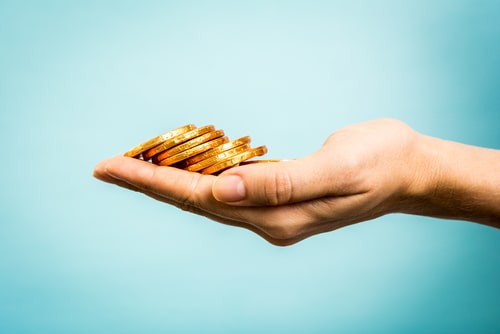 (Kitco News) While most of the commodities are stuck in the bear super-cycle, gold is separating itself from the pack with solid returns, which indicates that an end to a bear market is near, according to Wells Fargo.

“The bear is getting old, which we believe is a positive sign. Now, nine years into the bear, historically this is the point in the bear super-cycle when select individual commodities typically begin separating themselves from the pack,” Wells Fargo head of Real Asset Strategy John LaForge wrote on Tuesday.

“We believe this is one of the first signs that the commodity bear may be only a few years from ending,” LaForge noted.

Gold is one of the commodities that is offering good returns despite rallying stock market and strong U.S. dollar.

“Gold price performance has started to separate itself from the pack … We believe [it] may be that first sign of that end,” LaForge said. “Gold prices per ounce, returned nearly 20% in 2019, and it has been acting quite well, no matter its news flow.”

Wells Fargo has been negative on commodities for the past four years, the note added.

Wells Fargo described that bear super-cycles are usually triggered when there is massive oversupply.

“In 2020, most commodities remain oversupplied, which is why we believe that the bear remains intact,” LaForge said.

Gold seems to be the exception: “The declining correlation between commodities is one indication that the commodity bear super-cycle may be near its end (similar to the end of the last bear around 2000-2001).” 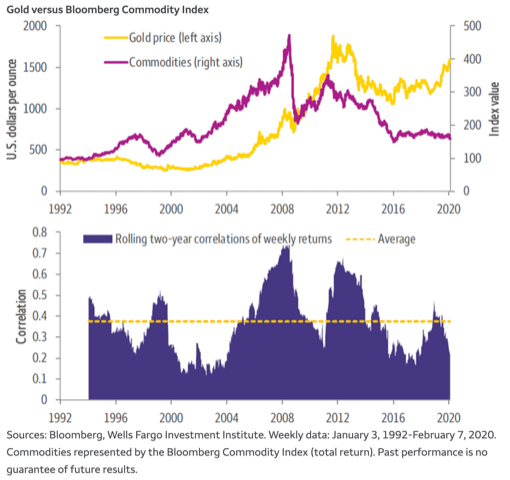 Gold prices breached the critical $1,600 an ounce level on Tuesday, rising more than 1% on the day amid fears of a more significant economic impact from the coronavirus. At the time of writing, April gold futures were continuing to inch out gains, last trading at $1,610.20, up 0.41% on the day.