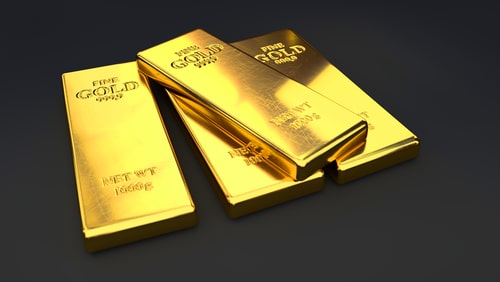 (Kitco News) This will be a week gold bugs remember for a long time with the precious blowing past $1,600 level and hitting fresh 7-year highs. All this on the back of renewed concerns about the economic fallout from the coronavirus.

Gold is heading for what looks like the best weekly close in over six months as April Comex gold futures are trading at $1,647.20, up 1.65% on the day.

The market’s attention is on the health of the economy, the spread of the Covid-19 outside of China, and the potential global economic fallout from the virus.

U.S. stocks sold off as traders digested a slate of negative economic news, including China car sales tumbling 92% in February, the coronavirus cases spiking in South Korea and Japan, and disappointing flash PMI numbers out of the U.S.

“Seems that the mood we expected to see a few weeks ago happened this week,” Kieran Clancy, assistant commodities economist at Capital Economics, told Kitco News on Friday. “There were a lot of headlines surrounding companies reporting hits to their profits in Q1 because of the virus both within and outside of China.”

Gold remains well supported at these high levels and analysts are not ruling out more gains in the near-term.

“It looks pretty strong for now, based on the charts. We had a breakout yesterday around the old high of around $1,613, which was the old high reached in early January. When you have a breakout like that on the charts, usually, all the system funds and technical funds start to add to their long positions. So some of it is technical buying,” said Edward Meir, analyst at ED&F Man Capital Markets. “Today’s action is also on account on the weaker global equity markets, especially here in the U.S.”

In terms of next levels for gold, Meir highlighted $1,700 as the next “short-term” target.

Goldman Sachs released a report on Thursday, warning investors that a 10% correction in stocks “is looking much more probable.”

That’s a big move down for stocks, said Meir, noting that if that happens to be accurate, gold should do even better.

Any potential dips and consolidation patters in gold will be bought going forward because the rally is not just driven by a safe-haven play, said Daniel Ghali TD Securities commodity strategist.

“Gold has more room to run, it is still at the young stages of its bull market,” Ghali said. “We are not looking at the impact of the coronavirus to fuel the gains in gold.”

Federal Reserve’s asymmetric reaction function, meaning that the central bank is much closer to cutting rate than raising them to reach its inflation target, has created a very supportive environment for gold.

“Gold and rates appear to be telling the Fed they need to cut once again if their inflation goal is to be reached … The structural bid in gold remains driven by real rate suppression from global central banks and the general willingness to let inflation overshoot for some time, should it be achieved,” according to TD Securities.

Also, Friday’s remarks from Federal Reserve Governor Lael Brainard on the need for the central bank to react aggressively in the face of any future downturns by adopting new tools puts a new spin on the Fed’s asymmetric reaction function.

“The lessons from the crisis would argue for an approach that commits to maintain policy at the lower bound until full employment and target inflation are achieved,” Brainard said. “This forward guidance could be reinforced by interest rate caps on short-term Treasury securities over the same horizon.”

This should be on your radar

Next week, a lot will depend on the news flow out of China and out of the countries most connected to China, said Clancy.

Rate of new coronavirus infections and economic activity numbers will be key to watch, he noted.

“One thing that our China team tracks quite closely is the rate at which new cases are reported. There have been early signs of cases slowing, which is a sign the virus is peaking. But there has been a few things that confused the story, including a methodology change — the way they count the cases,” Clancy said. “Also, daily activity within China like passenger traffic, retail sales.”

On Friday, local authorities reported 52 new cases in South Korea and the infections began to show up in more countries, including Iran and Italy.

Another item on the agenda to monitor is the G-20 finance ministers and central bank chiefs meeting on February 22-23 in Riyadh, Saudi Arabia, during which they will discuss how to support global growth amid the coronavirus fallout.

A slate of U.S. housing data is also due out for release next week, such as the house price index on Monday, new home sales on Wednesday, and pending homes sales on Thursday.