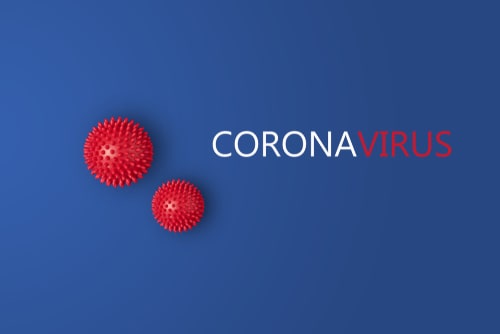 (Kitco News) Coronavirus fears are triggering a run on safe-haven assets and gold prices are exploding. After breaching $1,600 an ounce last week, gold has its eyes on the $1,700 an ounce level as coronavirus cases surge outside of China.

Weekend news of coronavirus spreading outside of China, including South Korea, Italy, and Iran, are driving the markets on Monday.

“Investors have sold out of shares for 5 Fridays in a row because they were unwilling to hold on over the weekend in the likelihood of bad news about the coronavirus. They were correct to do so this weekend,” said London Capital Group head of research Jasper Lawler.

South Korea revised its coronavirus alert to the “highest level.” It is currently the country with the most COVID-19 cases outside of mainland China, reporting more than 750 people infected.

Italy also saw a rapid increase over the weekend, reporting more than 220 cases and seven deaths. Local authorities are shutting down schools, universities, museums and any major public gatherings, including the Venice carnival. Towns around Milan are being placed under quarantine.

Iran now has 61 coronavirus cases and has reported 12 deaths with the majority of infections said to be in the Shi’ite Muslim holy city of Qom, Reuters reported.

Reasons to hold gold are rising at a rapid pace at the moment, noted Lawler, highlighting global central banks’ likely response to the virus.

“The PBOC’s Chen said the central bank is reviewing whether to cut deposit rates and South Korea’s President Moon has called for ‘extraordinary steps’ to bolster the economy,” he said.

Infections at the epicenter of the virus — China’s Wuhan — have been slowing, according to the World Health Organization (WHO).

“They’re at a point now where the number of cured people coming out of hospitals each day is much more than the sick going in,” said the head of the WHO delegation in China, Bruce Aylward.

The “sudden increase in new cases” outside of China is “deeply concerning,” said director-general of WHO Tedros Adhanom Ghebreyesus on Monday.

The fatality rate at the epicenter of the virus is between 2% and 4%, WHO added.

“What we see is epidemics in different parts of the world, affecting countries in different ways and requiring a tailored response,” Tedros said.