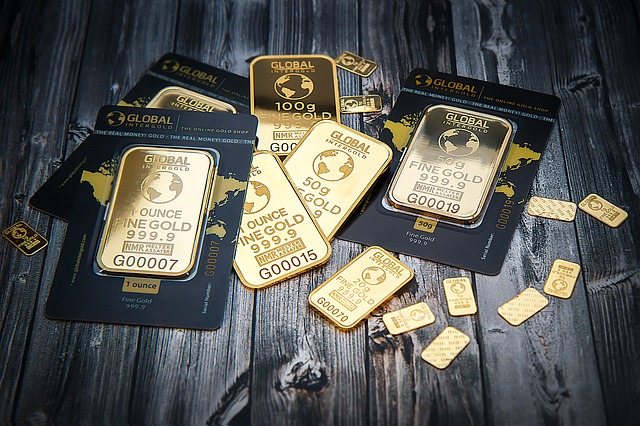 (Kitco News) - Gold futures are sharply higher early Monday not only because investors are seeking safe havens as the coronavirus keeps spreading around the world, but also because they are starting to factor in the potential for central-bank rate cuts to offset any economic damage from the outbreak, analysts said.

And while gold appears to be on the verge of going parabolic – rising roughly $100 in the last week – analysts say it would be risky for speculators to pick a market top and sell, trying to benefit from any correction that might be coming.

“Concerns about the Covid-19 virus, which is now spreading rapidly in countries such as Italy and South Korea, are driving up risk aversion among market participants and allowing gold to soar higher and higher,” said Daniel Briesemann, analyst with Commerzbank.

The Dow Jones Industrial Average is almost 800 points lower after the open on Wall Street. Commodities that are thought of as so-called risk assets, like copper and crude oil, are also weaker.

“Right now, because of the spread of the coronavirus into different cities, people are starting to panic,” said Phil Flynn, senior market analyst at Price Futures Group. “They are going into a full-court press into gold...as concerns are growing that people see the virus potentially damaging economies and economic growth around the globe.

“There are concerns that countries will have lower interest rates, thereby devaluing their currencies. That is making gold an attractive, safe haven.”

In particular, the spread of the virus and drastic prevention measures taken in a Western nation such as Italy have captured the market’s attention, he added. Four people have died from the virus in Italy. Nearly a dozen towns close to Milan, with a combined population of almost 50,000, have been effectively put in quarantine, according to news reports.

The yield on U.S. Treasury 10-year notes, which moves inversely to the price, fell to the lowest level since 2016 as investors also sought safety in the bond market, according to reports. Additionally, the curve inversion between three-month and 10-year yields deepened, often viewed as a signal of a potential recession.

“The ring of containment of Covid-19 has grown from China,” said Marc Chandler, managing director with Bannockburn Global Forex, LLC. “The new frontline is Japan, South Korea, Italy, and Iran. A lockdown of around 50,000 people near Milan and Austria blocking trains from Italy is scaring investors.”

The virus has killed more than 2,400 people and infected more than 75,000 in China and has been spreading to other countries, with sharp rises reported in South Korea, Italy and Iran. The World Health Organization reported more than 1,400 cases in 28 countries outside of China. Eight people have died from the virus in South Korea.

Gold has risen so steeply that some might consider the move parabolic, and when any commodity goes parabolic, prices often correct sharply. However, Flynn said he personally would not consider trying to pick a top and establishing a short position right now.

“We know that when we see these parabolic moves, at some point, we’re going to see the market pullback,” Flynn said. “But you don’t want to stand in front of it right now….With the momentum in this market, nobody should try to be a hero and pick a top at this point. I think it’s extremely dangerous, the way the headlines have been rolling in.”

Streible commented that if somebody was going to bet on a downward correction, he favors doing so by buying inexpensive put options in deferred months rather than outright shorting the market. Otherwise, a trader with a short position in the futures market would be “burned” if gold goes up yet another $50, he commented.

“It [gold] looks like it’s got some serious wind behind its sails right now,” Streible said. “I wouldn’t be surprised if we went up to $1,750.”

Even with the pullback in equities, the U.S. stock market is not that far from its recent record highs, Streible added. As a result, he continued, “people need to aggressively diversify out of U.S. equities and risk assets and strongly consider adding more defensive plays like gold and silver in their portfolios.”

Gold is not only soaring in U.S. dollar terms, but a Commerzbank research note pointed out that the metal has hit record highs in several currencies, including the euro, Japanese yen, Indian rupee, Australian dollar and British pound.