Looking to $2,000 gold price: Coronavirus is the ‘straw that broke the camel’s back’ — Sprott CEO 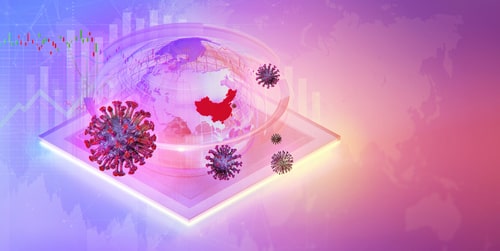 (Kitco News) The coronavirus was the shock that gold was waiting for before moving to higher levels with charts now pointing to an eventual breach of $2,000 an ounce, according to Peter Grosskopf, CEO of Sprott Inc.

“What the coronavirus added [was] a shock to the economy. I would call it a straw that broke the camel’s back. Economies were already at best shuffling along with a lot of weakness in Europe and China, and this is going to just push things over the edge,” Grosskopf told Kitco News on Monday.

Gold is an anti-confidence thermometer and when the precious metal is going up along with the U.S. dollar, it shows that the confidence is starting to break, Grosskopf said.

Dealing with the coronavirus fallout means that the central banks around the world will need to go back to heavy easing mode, which is beneficial for gold, Sprott CEO noted.

“China already pumped a massive amount of liquidity into their system in order to offset the shock to the banking system there. They are already printing as fast as they can. Now, you are going to get the same sort of thing in Europe with Italy taking a major hit to GDP,” he said. “You don’t need to be an economist or a student of macro markets to understand that this was not in the plan.”

But in order to fully gauge where gold could go from here, investors need to understand the big picture, which is engrained in too much debt.

“Gold is underpinned by a growing belief that there is too much debt in the government sector and the easing that the central banks have been aiming at the markets are going to continue to be required just to sustain those debt levels,” Grosskopf explained.

The CEO pointed to the Federal Reserve pumping all kinds of liquidity into the system when repo rates spiked in 2019.

“There is so much debt now and they continue to create more and more debt through budget deficits. It is just a fact that no central bank can sustain higher interest rates, so they need to keep printing money to keep what’s currently there going. That’s the bigger picture,” he said.

What this means for gold is a major move higher, including a possible breach of $2,000.

“I recently reviewed a charting package from Cornerstone Macro. The charts almost all unanimously point to between $1,800-$2,000 easily. Gold’s sentiment right now is running very strong. And usually when sentiment runs very strong, there is room for a bit of a short-term correction but nothing major. I would say pretty confidently that the charts point to $2,000 plus,” Grosskopf said.

In terms of investment opportunities, Sprott CEO highlighted small cap gold equities and silver as having the most potential at the moment.

“The big caps gold equities have already reflected increased investor interest. But a lot of the smaller caps are still left behind and ignored. I would say pick a portfolio of smaller capped gold stocks that are leveraged to the gold price and you would probably get 3x the participation of bullion itself,” he noted.

Grosskopf sees silver catching up to gold in a major way due to its industrial and investment components.

“When gold moves, silver usually moves more, it is a smaller market. There is an industrial market for silver, which is a big percentage of the market. Conversely, the investment potion of silver is a very small portion of the market. But when gold is running, investment dollars flood into silver and squeeze it a lot quicker than gold,” he said.

“[Also], silver is mostly a byproduct of lead and zinc and if the economy is slowing and base metals prices are down, which is the case currently, a lot of those base metal mines slow down or cease production. So, all of a sudden, there is not as much silver being produced,” he added.