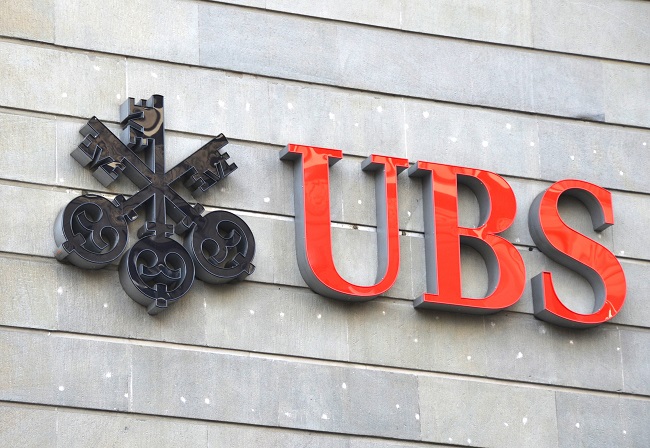 However, UBS also described the market as then vulnerable to a pullback with so many speculators already bullish, listing a three-month target of $1,650 an ounce.

Gold's recent strength is "rooted in its role as a strategic asset for portfolio diversification and for hedging against uncertainty," UBS said.

The metal has had recent days when it rallied at the same time as the U.S. dollar as investors sought safe-haven assets. And, Teves continued, gold also has risen at times when U.S. equities were doing likewise.

The most recent bout of strength was fueled by worries about how the coronavirus, which began in China, will impact the global economy. Most base-case scenarios are for the impact to be limited to the first quarter of the year, UBS said. However, there is uncertainty as the outbreak spreads to other nations.

"Gold is an appealing hedge and diversifier amidst this uncertainty, especially with real rates remaining negative," Teves said. "This is likely to keep the market well supported in H1."

Much of buying was the result of investors' fear of "missing out" on price gains, she said. Some investors had been waiting for lower prices at which to buy, but price dips have been shallow, Teves pointed out.

Now, she said, positioning data from the Commodity Futures Trading Commission shows the net-long position was at an all-time high of 42.2 million ounces as of Feb. 18, while exchange-traded-fund holdings rose nearly 500,000 ounces last week.

"A Fed cut in April, as our U.S. economists expect, or further escalation in the Covid-19 outbreak is likely to propel the market higher and trade through $1,700," UBS said. "This scenario should also provide tactical upside opportunities for silver and platinum as investors consider catch-up trades.

"However, the impact of positioning on short-term price trends cannot be ignored either. Given the sharp rally in prices, the substantial build in speculative length, and gold's current sensitivity to shifts in risk sentiment, we prefer to turn cautious from these levels. We mark to market our three-month target to $1,650 from $1,550 [in a previous forecast], holding our core view unchanged."

The bank sees the potential for a downward correction in the second half of 2020.

"A recovery in economic growth that allows real rates to move higher and perhaps away from negative would put pressure on the gold market," UBS said. "We see gold giving back any further gains in this scenario, although the extent of the downside should ultimately still be cushioned by long-term diversification interest."