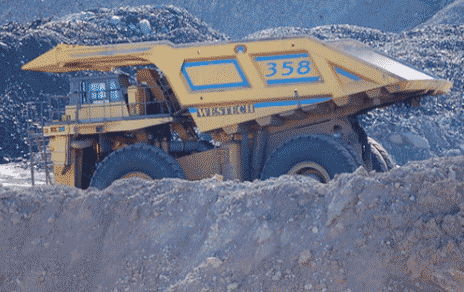 Adjusted net income was put at $69 million, or seven cents a share, compared to $3 million, or zero cents, in the fourth quarter of 2018.

When including the discontinued operations of El Limon and La Libertad, gold revenue was $324 million on sales of 218,437 ounces at an average realized price of $1,482 per ounce.

“The company also reinforced its commitment to maximizing shareholder value by declaring its first quarterly dividend in the fourth quarter of 2019 and announcing its intention to maintain the payment of a quarterly dividend going forward,” B2Gold said.

On Thursday, the company’s board of directors declared a quarterly cash dividend of a penny per share, payable on March 23 to shareholders of record as of March 9.

The company said cash flow from operations rose to a record $492 million in 2019 due to the higher production, “disciplined cost control at all projects” and higher gold prices. Officials said cash flow should increase further in 2020. Assuming a gold price of $1,500 per ounce, which is below the current level, B2Gold said it expects to generate cash flow from operating activities of approximately $700 million in 2020.

“B2Gold has also continued to execute on its financial strategy of using debt and operating cash flow from existing operations, rather than equity, to fund the construction of the Fekola and Otjikoto mines,” B2Gold said. “B2Gold utilized its cash flows from operations to reduce total debt, including equipment loans and leases, by $220 million, from approximately $480 million at the beginning of the year to $260 million by year-end.”

In December, the Fekola Mine exceeded 1 million ounces of gold production since the start of ore processing in September 2017, achieving this milestone a full year ahead of the original production schedule, B2Gold said.