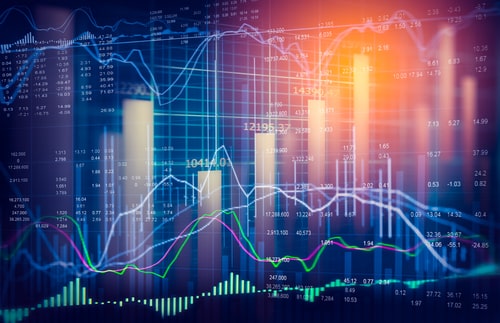 (Kitco News) Fear around the coronavirus outbreak has pushed the yield on the 10-year Treasury bond to new historic lows on Friday as money is being poured into U.S. Treasuries.

The rush to safety is being led by the coronavirus outbreak spreading worldwide, which is driving investors to sell off stocks and look for safety in U.S. bonds.

“The fall has probably partly reflected safe-haven flows. But we suspect that it has been primarily due to investors revising down their expectations for interest rates in the U.S. While in early January only one additional 25bp rate cut was priced into the markets, two of those are now fully discounted for this year, and one more after that,” Capital Economics markets economist Hubert de Barochez said in a note.

A mix of the S&P 500’s 14% drop this week, the VIX index surging, and the 10-year U.S. Treasury yield falling to record lows could push the Federal Reserve to act sooner than expected, according to analysts.

“These moves may force policymakers to respond whether they want to or not,” said Capital Economics’ Jonas Goltermann.

“The fundamentals of the U.S. economy remain strong,” Powell said in a statement. “However, the coronavirus poses evolving risks to economic activity. The Federal Reserve is closely monitoring developments and their implications for the economic outlook. We will use our tools and act as appropriate to support the economy.”

“If the general situation stays as it is, let alone continues to deteriorate, and the Fed were to not follow through and cut rates then it could cause a fair nasty reaction,” Hunter said.

Analysts said that when the risks get too high in the stock market and the situation too dire, investors respond by selling gold to meet margins. “When you have periods of market turmoil like this, gold usually sells off with the market to generate liquidity and cover margins,” McKay Said.

On top of that, many cited gold’s long positions as being too overcrowded. “What we are seeing now is a product of gold’s very stretched positioning, where we had record number of longs and a record number of traders long. Essentially, there was no one left to buy the tops anymore. We likely saw some of those who have bought at the elevated levels on the run-up to $1,680 get shaken out as well as there is probably some profs-taking here,” McKay added.