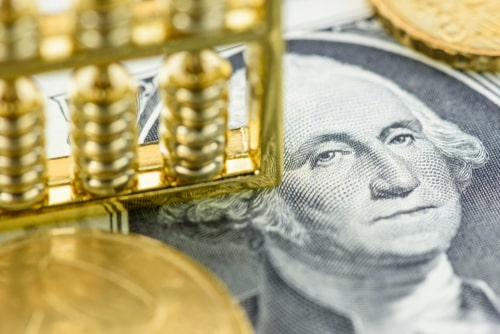 (Kitco News) The 10-year Treasury yield dropping below 1% for the first time means that the market thinks the Federal Reserve might not be done easing after an emergency 50 basis point cut, according to analysts.

The move came after the Federal Reserve came out with a surprise rate cut to combat the economic fallout from the spread of the coronavirus outbreak.

“The coronavirus poses evolving risks to economic activity,” the Fed said in a statement. “In light of these risks and in support of achieving its maximum employment and price stability goals, the Federal Open Market Committee decided today to lower the target range for the federal funds rate.”

In response, gold prices surged and U.S. Treasury yields dropped. Stocks, on the other hand, continued to see selling, with the Dow last down 600 points. At the time of writing, April Comex gold futures were last at $1,636.90, up 2.64% on the day.

“U.S. 10-year Treasury yield fall[ing] below 1.0% [is] a clear sign of high anxiety. All of this is bullish for safe-haven gold,” noted Kitco’s senior technical analyst Jim Wyckoff.

The fall in the Treasury yield could mean that investors are pricing for rates to remain low for a long time, said Capital Economics chief U.S. economist Paul Ashworth.

“The market thinks the Fed is not done and might follow-up with additional cuts,” he told Kitco News on Tuesday. “The biggest story is 10-year treasury yield … investors expect for rates to remain low for the next 10 years.”

Markets might not be ruling another 25 basis point cut in the next few months, Ashworth said.

This kind of negative reaction in stocks to an emergency Fed rate cut is not due to a single reason, but a combination of things, the economist added.

“[Markets] feel the Fed hasn’t gone far enough. Investors were expecting a coordinated action but heard nothing from the ECB or Japan,” he said.

It could also be that they expect the coronavirus outbreak impacting global growth prospects more than expected, he added.

The upcoming U.S. election is playing a role as well. “If Trump would be elected, Powell could be replaced in 2022 and we could have permanently dovish Fed,” Ashworth noted.

In terms of what it all means for gold — the picture is a bullish one, according to Standard Chartered precious metals analyst Suki Cooper.

The precious metal will continue to feel some pressure from investors’ liquidity needs, which could potentially cap its gains, said Cooper.

“Gold is a liquid asset and one that has outperformed recently, having risen to seven-year highs; it is therefore likely to be a first resort for many investors as they take profit and meet margin calls. While we do not expect gold to remain under pressure in the forthcoming weeks, near-term gains could be capped as gold is caught between fresh safe-haven flows and liquidity needs,” she wrote.