Gold price is on a path to $1,700 but volatility will be high - analysts 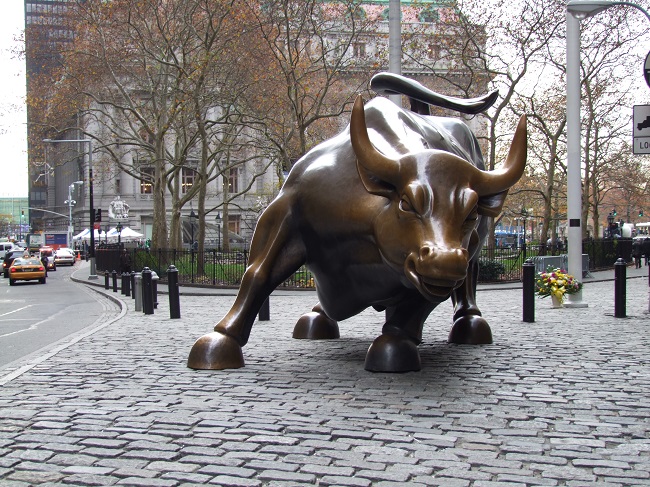 (Kitco News) - The Federal Reserve surprised markets earlier in the week with an emergency 50-basis-point interest rate cut. This, in turn, has helped the gold market see its best weekly performance in 11 years.

With benchmark bond yields continuing to fall and markets expecting to see even lower interest rates in the near future, analysts say that it is difficult to be bearish on gold next week. According to some analysts, the biggest driver for gold remains the 10-year bond yield, which continues to hit fresh all-time lows.

On Friday, the yield on 10-year bonds fell to 0.70%. Meanwhile April gold futures last traded at $1,675 an ounce, up nearly 7% from last week. Many analysts have said that it’s only a matter of time before gold prices push above $1,700 an ounce.

Some analysts have noted that the three-week sell-off in equity markets and the precipitous drop in oil leaves gold as the best performing asset so far this year.

Mike McGlone, senior commodity strategist at Bloomberg Intelligence, said that gold should remain at the top of the investment spectrum compared to other commodities that are facing major demand issues in an environment of weak global growth. In a report release Friday, he said that he sees gold prices marching towards $1,800.

“Gold at the top of the macro-performance scorecard vs. crude oil -- and copper near the bottom -- are trends that we believe are gaining endurance, while the coronavirus outbreak simply aggravates preexisting conditions,” he said. “Gold is straightforward: Fed easing, increasing stock-market volatility and the lowest bond yields in history firm the foundation for the quasi-currency, store of value.”

However, gold’s uptrend is expected to remain in place for most of the year, and analysts are warning investors to use some caution as volatility remains high.

On Friday the gold market was hit with some late-morning selling pressure, which removed some short-term momentum away from the precious metal. Looking ahead to next week, investors should get used to seeing this type of near-term price action, according to analysts.

Ryan McKay, commodity strategist at TD Securities, said that liquidity traps in the marketplace will be a significant risk for gold in the near-term as they eye a move towards $1,700 an ounce.

“As volatility picks up, you will see these rushes to liquidity that can cause gold to drop sharply,” he said.

Despite the risks in the marketplace, McKay added that the drops in gold are becoming shallower and shallower as investors’ demand for safe-haven assets dominate the market.

“Maybe you shouldn’t try to catch a falling knife, but after the drop when gold prices start to stabilize, these could be interesting buying opportunities for investors,” he said.

Ole Hansen, head of commodity strategy at Saxo Bank, said he also sees strong potential in gold, but added that the yellow metal will be vulnerable to deleveraging in the marketplace because of massive volatility.

“I don’t think we have seen the last of the deleveraging. Maybe it will take the VIX pushing to 50 to spark another deleveraging, but one will come and that is a risk for gold.”

However, Hansen added that weak economic growth will continue to support lower bond yields, which in turn are bullish for gold.

“I think you simply have to be bullish on gold. We haven’t even seen the worst for the global economy,” he said.

Helping to drive gold prices will be continued easing by global central banks. Both the Reserve Bank of Australia and the Bank of Canada followed the Federal Reserve in easing interest rates this past week.

“All this money sloshing around financial markets, because of all this loose monetary policy, will be good for gold,” said Colin Cieszynski, chief market strategist, SIA Wealth Management.

All the attention will be focused on the Bank of England and the European Central Bank as they will both hold monetary policy meetings next week. The only problem these two central banks face is that interest rates are already so low. The ECB already has negative interest rates.

McKay said that TDS expects that the ECB won’t lower interest rates at its meeting next week but will announce “target measures.” He added that TDS economists see a rate cut in the second quarter.

Hansen said that there is no question that the ECB will have to act next week as the global economy is in difficult shape.

“The ECB is going to have to provide a life-line for the European economy. We don’t know what it will look like, but we know it will ultimately be good for gold,” he said.

More easing from the Fed?

Although the ECB will be in the spotlight next week, the Federal Reserve will remain a hot topic. Even after the Fed’s emergency cut markets are pricing in a more than 50% for another 50-basis-point cut following its March 18 meeting.

Although all eyes are on the Federal Reserve, some analysts have noted that monetary policy will be ineffective in combating the coronavirus’ effects on economic growth. Analysts have said that fiscal programs that drive government debt higher could be the next major leg in gold’s long-term rally.

The funding measure includes over $3 billion for research and development of vaccines, test kits and medical treatments, $2.2 billion to aid public health activities on prevention, preparedness and response, and $1.25 billion to help international efforts aimed at reining in the virus.

With markets extremely bullish on gold in the near-term, most analysts and investors are watching critical resistance at $1,700 an ounce, which would also represent a new seven-year high for the precious metal.

“In this environment, I don’t think you can really look at a solid price target. I think you just look to the upside,” said Hansen.