'Gold up, the rest down': it's a 'stair-step rally' for gold prices - Bloomberg Intelligence 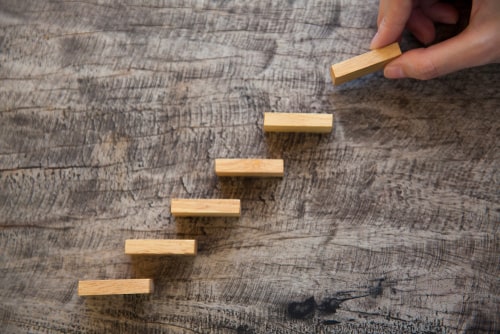 (Kitco News) Gold is heading higher and will breach $1,700 an ounce but first it needs to build a base just below that level, according to Bloomberg Intelligence, which describes gold’s move up as a “stair-step rally.”

“Gold will eventually breach $1,700 an ounce resistance, in our view, but it may take some base building to make the next step of the stair-step rally,” Bloomberg Intelligence senior commodity strategist Mike McGlone wrote in his March update. “Negative real yields - notably in the U.S. -- represent an underlying bid in the quasi-currency.”

But the resistance at $1,700 will only be temporary as downward pressure from margin calls will not last. “Resumed Federal Reserve easing, negative real yields and recovering stock-market volatility are primary factors to sustain gold's upward trajectory,” McGlone pointed out.

At the time of writing, the CME FedWatch Tool showed that markets were pricing in an 80.8% chance of another 75 basis point cut by the Federal Reserve during the upcoming March meeting. This comes after the Fed already surprised the markets with a 50 basis point cut last week.

“Gold up, the rest down,” wrote McGlone. “Gold should remain atop our macro-assets performance dashboard, along with Treasury bonds, while broad commodities, crude oil and copper languish.”

A bull market in gold is “solidifying” with gold being one of the few assets that is offering investors profit in 2020, added the strategist.

“In combination with declining real yields, this historically oxymoronic trend -- increasing debt-to-GDP and decreasing yields -- is unlikely to find an end-game that doesn't involve appreciating U.S. gold prices. Currency debasement is a primary influence on advancing gold prices, yet the dollar-denominated price is appreciating despite the trade-weighted broad dollar near all-time highs,” he said.