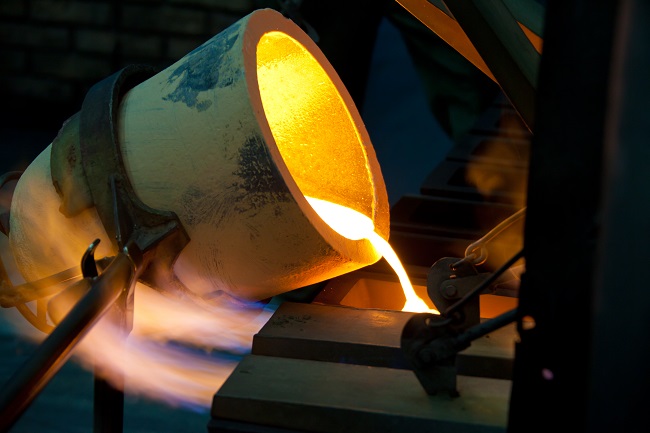 (Kitco News) -Market volatility is having a significant impact on gold prices and gold miners, but one fund manager is recommending that investors look through the noise and focus on the bigger picture: falling bond yields will ultimately drive gold prices higher.

Joe Foster, portfolio manager and strategist of VanEck’s Gold and Precious Metals Strategy, said in a report Monday that despite the market chaos, precious metals and the mining sector remain in the early stages of a secular bull market.

“Through the coronavirus crash, ten-year treasury yields have plummeted to all-time lows. With the markets in disarray, gold has not responded to this fall in real rates. Once the volatility subsides, we expect real rates to again become a primary driver of gold prices,” he said in his latest report.

Foster's comments come as gold prices struggle to find momentum after hitting a seve-year high at the start of the week. April gold futures last traded at $1,650.40 an ounce, down 1.50% on the day. At the same time, the VanEck Vectors Gold Miners ETF (NYSE: GDX) last traded at $27.10 a share, down 0.77% on the day.

Foster added that if history is any gauge for market sentiment, higher gold prices should lead miners out of the correction at a faster pace than general equities.

He noted that in 2008, at the height of the financial crisis, gold prices dropped 10%; meanwhile, the Gold Miners Index dropped 48%. However, by the end of the year, the index has recovered to pre-Lehman bankruptcy levels. In contrast, the S&P 500 Index didn’t officially bottom until March 2009 and took two years to recover from its 46% drop.

“So, while the general stock market was struggling to recover for over two years, the gold stock market quickly rebounded and went on to bull market gains,” he said. “We believe the markets will look back on the coronavirus “black swan” as a buying opportunity for gold shares, however, whether the worst is yet behind us is anyone’s guess.”

Foster added that he would not be surprised if the global economy fell into a recession as the virus continues to spread. Ultimately, this scenario will drive gold prices higher.

“If there is to be a recession, then we believe that debt will become the foremost risk, as it has been in nearly every recession,’ he said. “Overwhelming levels of sovereign debt may limit government’s ability to borrow and spend in a downturn. Central banks may come under pressure to monetize or print money to keep governments and businesses afloat. These are the financial risks that might drive gold higher in the next recession.”

However, Foster is not convinced that monetary policy will be able to save the global economy.

“No amount of rate cuts or quantitative easing will have much impact until people and businesses are able to resume normal activities,” he said.