Cramer on COVID-19 fears: 'Still not too late to own some gold' 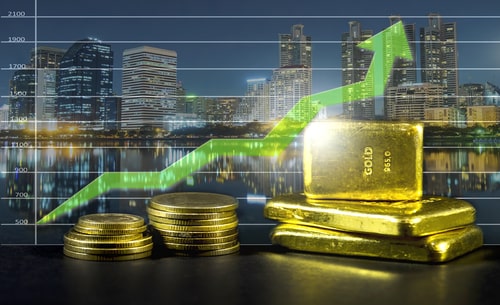 (Kitco News) On the day the WHO declared coronavirus a global pandemic and the Dow was down 1,300 points, CNBC's Jim Cramer reminded investors that it is not too late to get into gold.

When talking about what to invest in during this market chaos, Cramer tweeted: “Still not too late to own some gold. Have good cash position…”

Still not too late to own some gold. Have good cash position...

Gold began the week with a short-lived bang as prices surged to just above $1,700 an ounce -- a more than seven-year high -- then quickly retreated. Since then, the precious metal have had a difficult time making gains with April gold futures last trading at $1,643.60, down 1.01% on the day.

This is happening as stocks are unable to stop their massive sell-off after Monday’s worst trading day since the financial crisis in 2008. The Dow tumbled 1,300 points Wednesday afternoon as the World Health Organization (WHO) declared the coronavirus outbreak a global pandemic.

When it comes to investing during such turbulent times, Cramer advises combing through your portfolio and looking at drugs and utilities stocks.

“Remember, you want, into the sell-off, drugs, utilities and the highest of growth stocks and not much more. Too much economic activity being squelched by this,” he tweeted. “Hotels, restaurants travel, cruises all going into recession as we speak,” he added in another tweet.

Remember, you want, into the sell-off, drugs, utilities and the highest of growth stocks and not much more. Too much economic activity being squelched by this.

There are three rules that Cramer likes to follow when investing: “Explain three reasons why you would buy [a stock], would you buy in stages, and would you panic and sell or to use the panic to buy?”

Cramer told The Street he has been using these guidelines since 1983 and “they’ve worked ever since.”