Coronavirus market meltdown takes gold, silver, palladium and platinum down with it 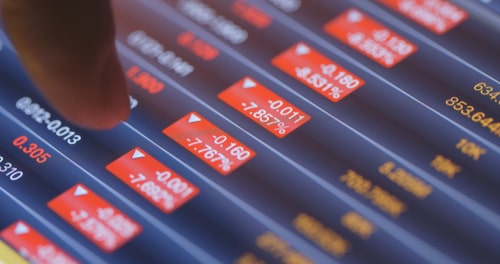 (Kitco News) Markets are gripped with fear as another day of sell-off triggered a 15-minute “circuit breaker” for the second time this week. Precious metals are not much better off Thursday with gold, silver, platinum and palladium all tumbling down.

The day was kicked off with another huge stock sell-off as the Dow and S&P 500 were already in bear market territory and last trading down 9.5% and 8.7%, respectively.

The selling intensified after U.S. President Donald Trump failed to reassure markets’ concerns around an economic slowdown connected to the coronavirus outbreak.

Trump announced on Wednesday evening that travel from 26 European countries that form the so-called Schengen Area will be suspended for 30 days starting at midnight Friday in an effort to slow the outbreak. The administration will also be providing financial aid for workers who have coronavirus or are caring for others.

“To keep new cases from entering our shores, we will be suspending all travel from Europe to the United States,” Trump said.

Markets were confused and disappointed by Trump’s announcements, which triggered another day of major sell-off.

“President Trump’s address to the nation last night was underwhelming. It shows that the U.S., like many other countries, is unable to provide the right action in response to the virus spread. He simply couldn’t come up with strong stimulus measures to ease fears of businesses and consumers. A much-needed payroll tax cut doesn’t seem to be on the cards in the short term, and measures to isolate the U.S. from Europe is only making the situation worse,” FXTM chief market strategist Hussein Sayed said on Thursday.

"I think that people have got this wrong, everybody is looking at this event as deflationary, but it is actually the opposite," says Peter Schiffhttps://t.co/azhuvaR7vC@DanielaCambone @PeterSchiff #gold #stockmarket #economy #recession #Fed #KitcoNews

All precious metals were down Thursday.

Silver dropped nearly 6% on the day with May Comex futures last trading at $15.79.

Gold continued to be caught between being a safe-haven asset and investors needing to sell the yellow metal to offset losses elsewhere.

Analysts are not giving up on gold, remaining very optimistic long-term due to weaker global growth, monetary policy easing, and safe-have demand.

“We believe prices will likely continue to be caught in a tug of war between safe-haven flows and liquidity needs; but beyond the near term, an environment of record-low US Treasury yields, expectations of further Fed rate cuts, weak equity markets, dovish central bank action globally, and growing negative-yielding debt will likely continue to stoke demand for gold as a diversifier and a safe haven,” said Standard Chartered precious metals analysts Suki Cooper.

CNBC
The New York Times
The Washington Post
The Guardian