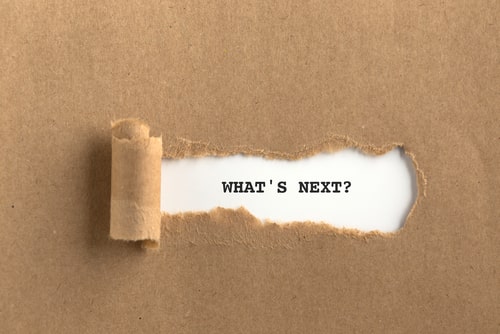 (Kitco News) Markets fear just how much the COVID-19 outbreak could hurt the U.S. and Europe — the next two regions that will be hit the hardest by the virus. And as the Federal Reserve looks increasingly ready to cut rates down to zero all in one go next week, it might be a great opportunity to buy gold, according to analysts.

Gold was not able to escape the massive market sell-off this week, which accelerated on Thursday as U.S. stocks posted their worst day since 1987. Gold fell victim to margin-calls, as investors were forced to sell their gold positions to cover for losses elsewhere.

“We suspect that margin calls and losses in other markets are driving investors to search for cash, and gold happens to be the liquid position they are choosing to cash out on,” said RBC Capital Markets commodity strategist Christopher Louney.

Gold continues to be stuck in a bit of a liquidity selling regime, said TD Securities commodity strategist Ryan McKay.

“When we see terrible days in equities like we saw on Monday and Thursday, we tend to see gold trade weaker along with equities because funds are selling their gold to cover margins and offset losses,” McKay noted.

But the market sell-off could be far from over, said Capital Economics chief commodities economist Caroline Bain.

“Our markets team expects equity markets to continue to fall until it becomes clear that maybe the worst of the virus has passed. We could see a further drop in the price of gold over the next couple of weeks just because it is so liquid and people need cash,” Bain said Friday.

Important to remember, however, that gold is in a very good place at the moment as the fundamentals for the precious metal look very solid long-term, the analysts added.

The main event next week is the Federal Reserve meeting on Wednesday with the central bank looking increasingly ready to cut rates to zero and introduce quantitative easing.

“TD is calling for a 100 basis point cut at the next meeting, if not sooner. On top that, there is a push for more stimulus, both monetary and fiscal, on a global scale, which underpins the strength for gold,”said McKay. “That will push gold higher and eventually materially higher.”

The CME FedWatch tool is currently showing that markets are pricing in an 80% chance of a 100 basis point cut.

“That is quite a positive backdrop for gold,” added Bain. “Further out, we are a bit more positive on the outlook of the gold price given that in a few months we will have ultra-low interest rates across the board.”

In terms of what to watch from the Fed Chair Jerome Powell on Wednesday, Capital Markets Economics U.S. economist Andrew Hunter said to look at confirmation of full-scale QE.

“The announcement yesterday that they would significantly expand repo operations and re-configure their monthly asset purchases is essentially going back to full-scale QE. They will probably confirm that next week and they may also increase the pace of those asset purchases from the current $60 billion,” Hunter pointed out.

This scale of involvement raises a chance that the Fed could cut rates down to zero all in one go on Wednesday, the economist added. “They already seem to be going to QE, which would normally already be an emergency measure,” he said.

But even this move is unlikely to lead to a sudden rebound in stocks as the critical driver remains the severity of the coronavirus outbreak, Hunter highlighted.

“Their repo operations should help calm some of the recent signs of stress in money markets. I don’t think any of this will lead to a sudden rebound in stocks. Clearly, the key driver of that now is how coronavirus develops,” he said.

All eyes are on the coronavirus outbreak next week — how it spreads in the U.S. and Europe and how bad the economic activity will be hit.

“The next two regions that will be hit quite hard will be Europe and U.S. Once we start to see numbers in those regions falling off, then that’s when markets could start to re-position themselves for a different story,” explained Bain.

The daily increase in new cases is a crucial factor that markets have been watching.

The increase in the number of new cases in the U.S. specifically will be very important to watch next week as testing is just beginning and it could reveal a headline shock, said McKay.

Numbers out of Italy are also vital. “They seem to be worse than China, so there is some sense that China was suppressing those numbers,” McKay added.

Markets are also eyeing business closures. Capital Economics has revised its U.S. GDP growth forecast for Q2 with expectations of a tentative recovery only in Q4.

“We expect GDP to fall by about 4% annualized in the second quarter on the assumption that we will get this widespread disruption in the U.S,” Hunter said.

However, that doesn’t mean that the U.S. is heading into a prolonged recession. “We see GDP falling sharply in Q2, then flatten out in Q3, and we are penciling in tentative recovery in Q4. It depends on just how bad the outbreak in the U.S. gets. At the moment, we are assuming a relatively benign scenario.”

Data not as important next week

Macroeconomic data will take a backseat next week as the coronavirus remains the primary driver for markets, including gold.

“I don’t think anybody is particularly interested in the economic data releases at the moment,” Bain said.

McKay added: “Coronavirus remains the overarching theme. There are retail sales next week, but these are still February data.”

U.S. retail sales are out on Tuesday, along with the U.S. industrial production. Housing starts and building permits are scheduled for release on Wednesday. And the Philadelphia Fed manufacturing data is out Thursday, followed by the U.S. existing home sales on Friday.