Central banks slash rates to fight COVID-19; but why is gold price below $1,500 and silver, PGMs plummet? 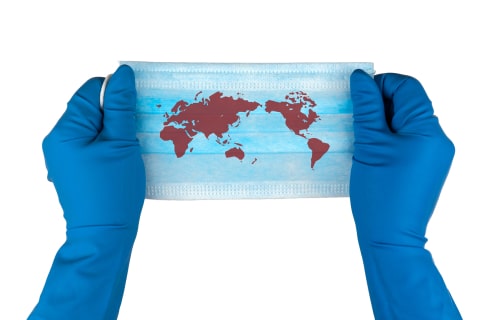 (Kitco News) Central banks around the world have been very busy announcing measures to soften the impact of COVID-19 on their economies. But global stocks continued to sell off, dragging precious metals down along with them.

Here’s some of the most recent policy actions by central banks around the world:

The Fed once again tried to positively surprise the markets when it announced its second emergency cut in two weeks on Sunday afternoon. The central bank cut rates by 100 basis points, bringing down the benchmark rate to near zero. Also, the Fed said it will be launching a quantitative-easing program, boosting its bond holdings by at least $700 billion.

Other measures introduced by the Fed included reducing reserve requirement ratios to zero percent, allowing banks to borrow from the discount window for 90 days, and cooperating with other central banks to make sure U.S. dollars are readily available with swap lines.

The announcement was also a surprise as it was originally scheduled for Thursday.

New Zealand backed an emergency rate cut Monday, slashing its interest rate by 75 basis points, down to 0.25%. It also assured the market that it will be keeping rates this low for at least one year.

South Korea proceeded with a 50-basis-point cut Monday, lowering its rate down to 0.75%.

Australia said it will continue to support the economy with longer repurchase operations as it injected a record A$8.8 billion ($5.4 billion) of liquidity into the market on Friday.

Canada slashed rates by 50 basis points in an emergency cut on Friday, bringing its key interest rate down to 0.75%. This is a second emergency cut for the BoC in just two weeks.

Turkey’s central bank responded by announcing a cut to its remuneration rates required on reserves in liras starting March 20, bringing it down from 10% to 8%.

The U.K. lowered rates by 50 basis points last week. And the new Bank of England Governor Andrew Bailey assured the country that he will be delivering “prompt action again.”

Israel will be purchasing government bonds purchases for the first time since 2009.

On top of that, India said it could cut rates in April, while Kuwait cut rates by 100 basis points on Monday and the United Arab Emirates lowered its rate down by 75 basis points.

Low interest rates are usually great for precious metals. But the slate of rate cuts and liquidity injections have not reassured the markets, with Goldman Sachs warning its clients that the S&P 500 might not bottom until it hits 2,000.

“The coronavirus has created unprecedented financial and societal disruption,” Goldman’s U.S. chief equity strategist, David Kostin, wrote in a note. “The combination of thin liquidity, high uncertainty, and positioning could cause the S&P 500 to fall below our 2,450 base case estimate of fair value and closer to a trough of 2,000.”

Precious metals continued to plummet Monday with gold, silver, platinum and palladium all in a free fall.

Kitco’s senior technical analyst Jim Wyckoff said Monday that the precious metals are collapsing because of the “sell what you can” panic in the markets.

“Trader and investor confidence appears to be going from bad to worse to start the trading week, as over the weekend U.S. non-essential commerce began to shut down amid the coronavirus pandemic,” Wyckoff wrote.

Investors have been largely selling off gold to raise cash to cover losses elsewhere.

“Gold positioning continues to be liquidated aggressively as rebalancing and margin calls prompt funds to sell the yellow metal, seeing prices post their largest weekly decline since 1983,” TD Securities commodity strategists wrote on Monday. “The current gold market selloff is similar to what happened during the financial crisis, when prices dropped for a period of over three months along with collapsing equity valuations, as increased volatility and margin calls forced levered investors to sell to provide liquidity.”

There is also fear that central banks around the world might be forced to sell some their gold reserves to help their economies with COVID-19 related slowdown, Phil Flynn, senior market analyst with at Price Futures Group, told Kitco News on Monday.

“If there is any support coming into the [stock] market, there might be a bid [in gold]. But right now, people are running scared, so they’re afraid to step in,” Flynn said.

On top of that, precious metals that have exposure to the industrial side – like silver, platinum and palladium – could feel “the most pain” during times like these, TD Securities added.

“Indeed, a recessionary demand environment could still force palladium down another $500-600 to around $1,200/oz as supply-demand balances loosen from previous record tightness. Furthermore, the massive selloffs across the precious metals was enough to shift momentum signals, with a shift into net short territory on the cards for gold should prices close below $1484/oz on the day, while both silver and platinum are now short on all cylinders, and palladium selling is also underway,” the strategists wrote.